Sega's ill-fated home console may have died in 2001, but with a library of classics such as Crazy Taxi and Shenmue the appeal of the Dreamcast has lived on. A popular open-source project, nullDC, has been providing PC-emulated nostalgia for some time now, but this week we're seeing the first fruits of a project set to bring the 200 MHz box to your own open-source OS device. While your old Nexus memory card may not fit in your Nexus One, the advent of nullDC on Android is set to bolster Google's mobile OS's reputation as a retro-gaming platform. Android's native gaming library may be a bit sparse (despite some admitted gems), but the prospect of emulation can really shift units to those interested in some pocket nostalgia, as it did for Sony's PSP. Oh, hey. 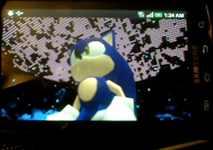 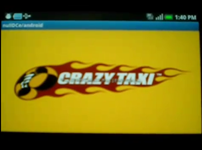 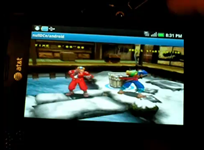 The emulator's performance at the moment certainly leaves some speed to be desired, with some rather paltry framerates on show, even running on Samsung's powerful Hummingbird chipset. However, the project is still in its infancy, with one solitary dev drk|Raziel appearing to be doing the lion's share of work. Hopefully he'll be able to find some helpers (like the very capable yongzh) to make things fully shipshape in nullDC on Android. I don't know about you, but I can't wait to try out Jet Set Radio on my phone. Keep your eyes firmly on his blog at the source below for further developments, and donate if you're interested in showing some support.

Dolphin Browser Mini Goes Into Public Beta, Offers Much Faster Performance All Around