Squishable.com was cool enough to send me one of their Squishable Androids, and I must say: this thing is pretty awesome. It's a big old pillow/friend that the whole family can enjoy. At first, I wasn't sure if my Squishable Android and I had much in common, but after spending the day with him, we are now best friends. Here are some of the things we did together: 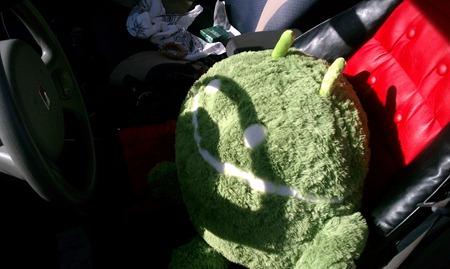 This is my Squishable Android trying to drive my car, but he had no idea what he was doing, so I decided to teach him: 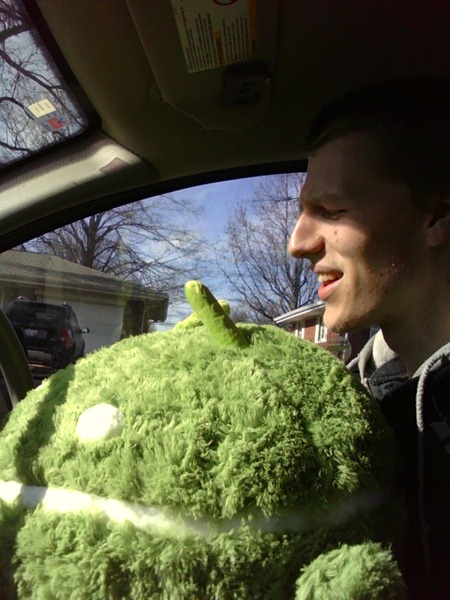 He decided he wasn't too comfortable behind the wheel, so I just let him ride shotgun: 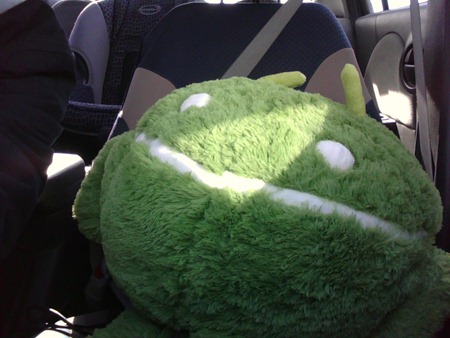 Here he is making a withdrawal from the ATM (turns out he's loaded): 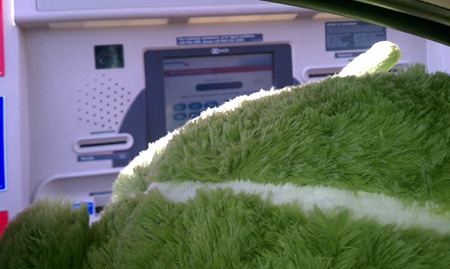 After the bank, I had to make a stop. By the time I came back to the car, he had already found my sweet bandana and put it on while he was waiting: 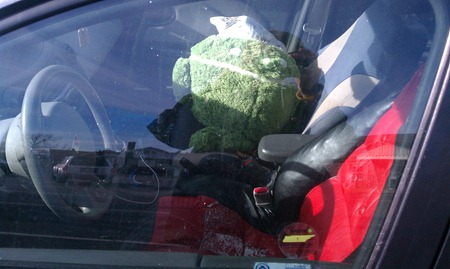 When we got home, both of us were hungry. This is my Squishable Android making healthy decisions, even though he knows he could probably get away with the few extra calories in the cookies: 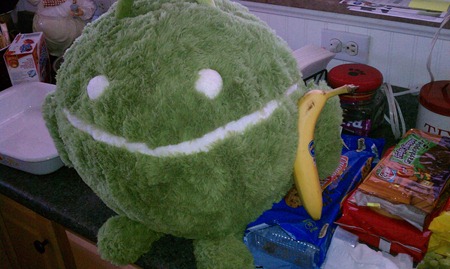 After a long day, my Squishable Android was tired, so he decided to take a nap: 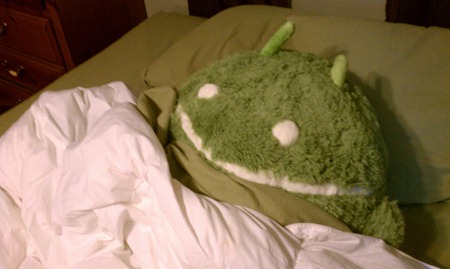 In all seriousness, though, this is probably the coolest pillow I've ever owned - and I've owned some cool pillows. The thing is huge and super soft. My son has already fallen in love with the Squishable, and I'm pretty sure the Squishable reciprocates the feeling.

Update: The contest is now over, and the winner is... Alex, who posted the following comment, cracking us all up:

"I want to put this in my pants with the head sticking out and go to the apple store and just casually look at iPhones' with a face highlighting my ridicule towards them. And later, guess what Im going to feed him. Yup, apple pie. Help me succeed in my goals. Please."

Alex, the green softy is on its way!

Android Police will be giving away exactly ONE Squishable Android. To whom, you ask? To the person who can leave a comment on this page telling us why they need it the most. Funny and creative are qualities we're always on the lookout for, and this Squishable Android needs creative friends. Why is your home the best one for him? Let us know and you might just get to meet him in person.

Even if you don't win, though, you can still buy yourself an awesome friend/sleep-aid at Squishable's website, where all good and cuddly things come from.

The giveaway starts immediately and runs until December 20th, 11:59PM PST. While we love our international readers, we will only ship to the U.S. territories, so a U.S. mailing address is required.

Notion Ink's Rohan Shravan Answers A Few Of Our Questions About The Adam Tablet, More To Come

eLocity A7 Tegra 2 Tablet Now Shipping To Those Who Pre-Ordered, Only $369 At Amazon