For those of you that can't get enough of the LG Star leaks, Engadget has managed to get their hands on the dual core phone, and, although it is a test unit, it does provide a lot of useful information on what dual core processors may be able to do for Android.

The phone's hardware is fairly non-descript despite the powerful processor held inside. It is also running a fairly unstable build of Android 2.2, which will hopefully be bumped up to Android 2.3 by the time of the phone's release, or at least shortly after. Despite the custom UI (that is oddly reminiscent of Samsung's TouchWiz) the phone doesn't appear to have any lag - thanks to the Nvidia Tegra 2 that's powering it, of course.

The benchmarks really give an impression of how powerful this phone is. Engadget thinks that the phone could become "one of next year's highlight devices," unless, of course, dual core processors become the norm. Anyone else counting down the days to CES? 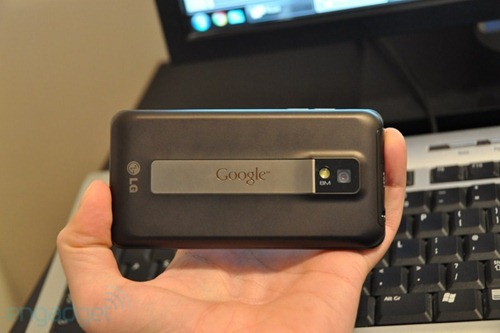 Need A Dropbox-Based Note App, But Like To Keep It Simple? Check Out Epistle