You can find it here  (mirrored by us) and it brings with it all the UI changes and issues (15 minute refund limit) we discussed earlier. I should warn you that as of now, the APK we have only works for stock Android 2.2 devices. I have it working on both my stock Android 2.2 Nexus One and stock Android 2.2 G2.

Update from Artem: It works on my rooted EVO 4G and reportedly works on other rooted devices - root by itself can't affect something like this. What Stephen meant were custom ROMs - it may not work on some, like CM or MIUI.

Either way, you will be able to uninstall the update, as that's all it is - an update to the Market app, not a replacement, so go ahead and try it.

Update from Artem: The Market UI is now much slicker, which is probably a direct result of using that green curve. The tabs are indeed gone, and all the data is available on the same page - you can see what it looks like below.

Oh, and the featured apps list is seemingly a lot longer now. I had to keep scrolling the carousel for quite a while until I saw the same apps again, which probably means it now shows all featured apps.

However, where is the big change that will help us discover apps? The update is, after you dig into it, just a UI lift. I was expecting more after so many months. 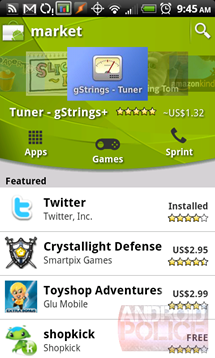 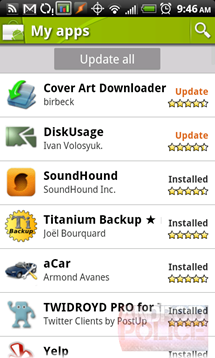 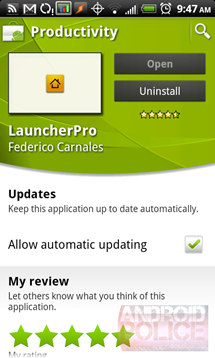 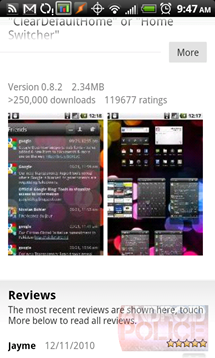 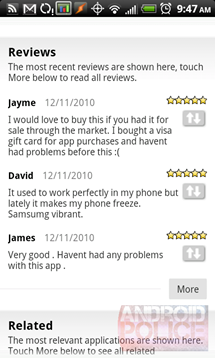 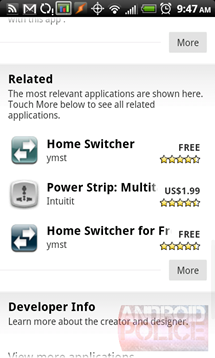 One bug I noticed is the Recent Changes are displayed twice. I'm guessing when Google first rolled out Recent Changes, they've implemented it by appending the data directly into the description, and the new Market treats it differently. I'm expecting this to be fixed shortly, after some Googler runs a quick cleanup script. 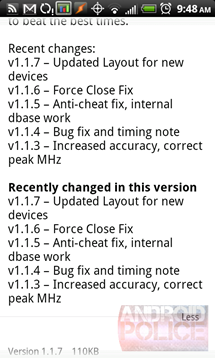 Update: AndroidCentral did a quick walkthrough of the new Market and posted it to YouTube:

Update: Check out what the new Market looks like on a tablet - thanks SilentMobius: 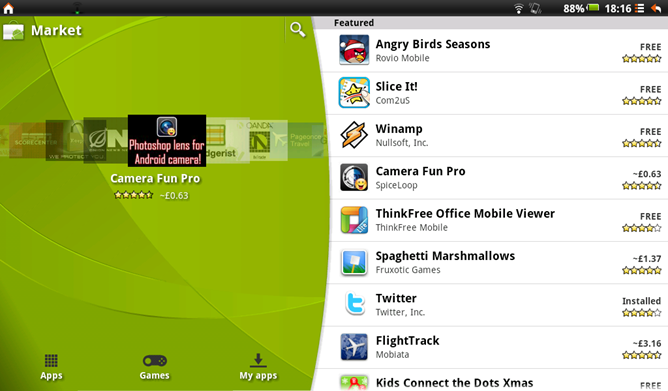 Pretty spiffy, isn't it (although, it does waste a lot of space around the carousel)?

Overall, I like it quite a bit, but still wish it had more discoverability. Hopefully we'll see a few tweaks when the Market's web interface rolls out (should that ever come to fruition). I should also let you know that many in the forum where this was discovered are reporting problems with it running on CyanogenMod 6.1, so those of you who have it might want to resist the temptation to install this. Oh, and it can be uninstalled quite easily from the application manager. Enjoy!