Although we already knew it had some serious potential, AnandTech has pitted the Viewsonic G (running nVidia's hot Tegra 2 dual-core mobile CPU) against a bevy of other mobile CPUs. The competition: three devices utilizing the Snapdragon (Nexus One, G2, and EVO), the Hummingbird found in the Galaxy Tab, the TI OMAP found in the Droid 2, and the Apple A4 from the iPhone 4. The results: the Viewsonic G tablet and its Tegra 2 CPU pulled heavy wins in 4 out of the 6 tests. 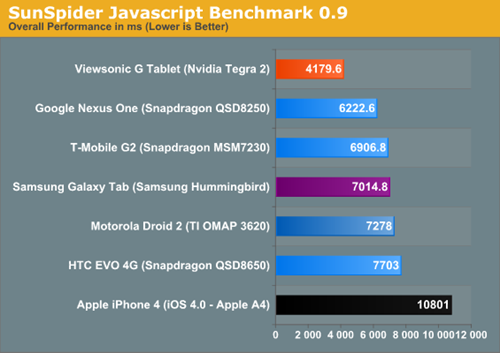 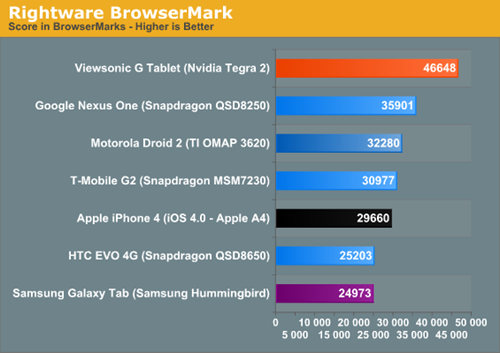 The CPU benchmark results were quite impressive, with results ranging from 30-100% better than the competition in all but Linpack, where the tablet hit 37.324 MFLOPS versus the 38.122 of the Nexus One. Also noteworthy: they point out that not all their tests were multithreaded, meaning that extra core in the Tegra 2 went unused. That's to be expected with tech that has yet to hit the streets, let alone be widely adopted - developers haven't had time (or found the need) to write code that can take advantage of both cores, and it will likely take a few years for that transition to really kick in. 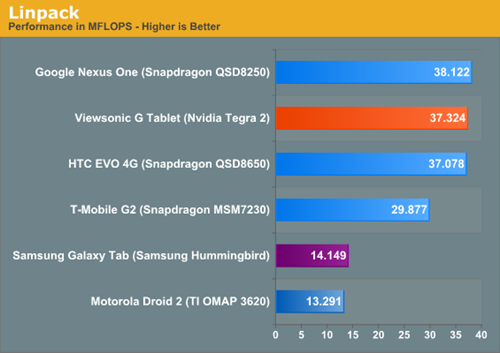 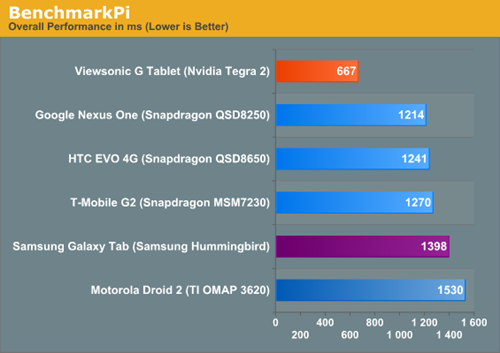 They then ran the Viewsonic G and Galaxy Tab through two gaming tests and found the results to be split. Running two tests is hardly scientific, and each winning one is hardly conclusive, but it looks like that's about all we're going to get for now. 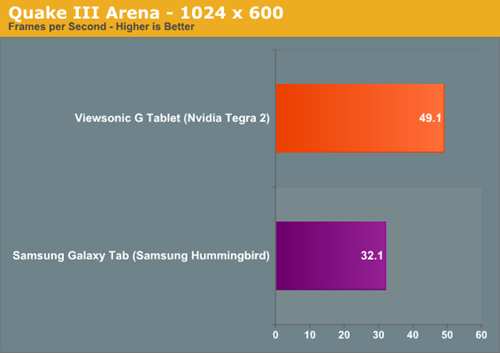 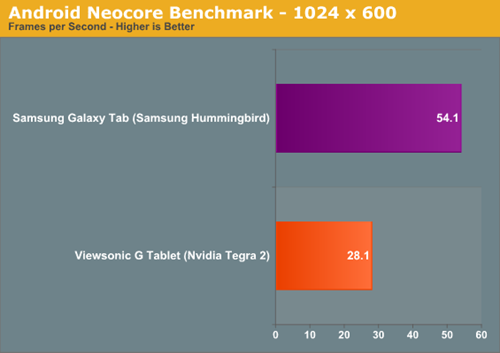 Be sure to hit up the source link for a more detailed analysis of the testing and results.