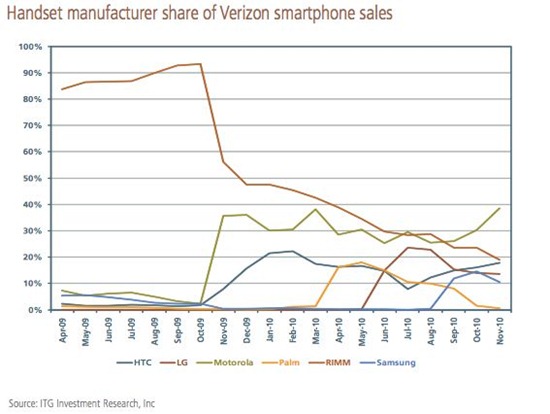 The first consideration is that smartphone sales are increasing hand-over-fist as a percentage of sales - people are switching from their dumbphones to smartphone in spades. Granted, that's probably not nearly enough to offset the decline in sales as a percentage, but it does mean that the picture isn't nearly as ugly as it sounds at first blush. Hell, RIMM just had a great Q3, despite their notoriously plummeting market share. 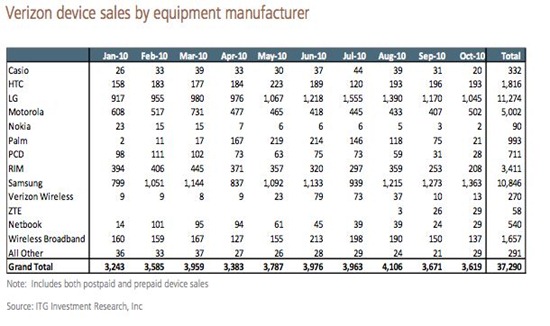 A second consideration: it's not really surprising that 80% of Verizon's smartphone sales are Android, as pointed out by our friends at Androinica:

Once you stop to think about it, this headline isn’t that much of a surprise considering that Verizon’s smartphone lineup is comprised of:

Not that that second point takes away from the sheer awesomeness - it's just worth considering.