In the world of design mock-ups, where phones are seen with operating systems as-yet unavailable to them, the Nexus One can make video calls. Nope, this isn't an internal hardware hack like we saw on the Vibrant; it's a simple attachment in the form of an array of prisms and mirrors called OneMoreFace. We've already seen a few examples of this idea implemented for the older (pre-iPhone 4) iPhones, but this is probably the slickest design so far. 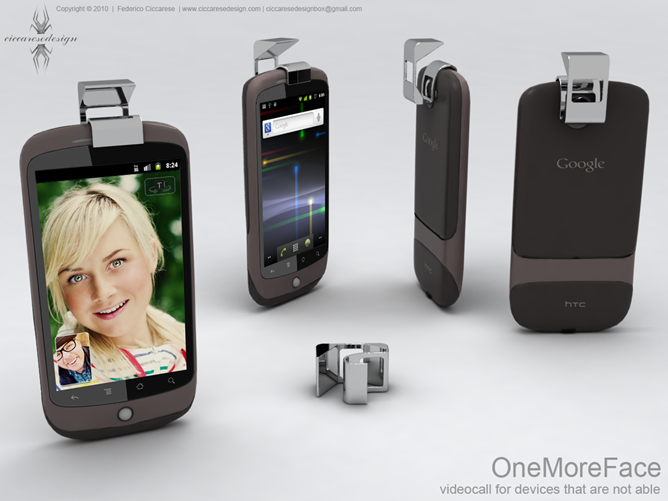 Right now it exists only in concept form, but the designer promises to add more info soon regarding availability for purchase. The piece looks small and sturdy enough to keep in your bag for whenever you feel an overwhelming urge to broadcast your mug to all and sundry. Should it eventually grace us with its presence here in the real world, it should make life without a Nexus S just that little bit easier to stomach.

Misunderstanding Over, LG Optimus One Line To Receive Gingerbread