The wait for Notion Ink's dual-core Tegra 2 based Adam tablet pre-orders is finally coming to an end - after yesterday's teaser blog post that now generated over 8000 comments, Rohan Shravan, the CEO and the public voice of Notion Ink, put up some details of the pre-order that is indeed coming today.

First up, the timeline:

The pricing structure of 3 out of 6 models has been updated as well, and to our surprise, the new prices are actually lower, though temporarily:

Note: For each 3G model, there are 2 variants - 850 and 900 series, which differ in the exact frequency of the 3G chip. 850 MHz serves the US, Canada, Telstra in Australia, and Telecom NZ in New Zealand, while the 900 MHz version serves Europe, Asia, and the rest of Australia and New Zealand.

With all the hype around Notion Ink, Adam, and Eden, which is their own proprietary Android-based tablet UI, I have to wonder why they haven't sent anyone any test units, or let alone shown any recent real photos of the device so many of us are so anxious to pre-order. The tablet does seems real - the videos from earlier this year have it on camera in plain view, but what Rohan is doing does not make any business sense. He sure has the community riled up, but I don't see how not showing off the new device can help the business.

Color me excited but pessimistic and suspicious, until proven wrong (I sure hope I will be).

Pre-order links coming as soon as we find out what they are.

Oh, and they mystery feature that we've been teased with for a few weeks now? Rohan is not revealing in even now - it will keep us guessing for weeks to come:

The Mystery Feature. It will still be a mystery!

One of my wish was to design a product where every fortnight you can receive a new update which isn’t just a security bug fix, but a discovery of something which already existed, sort of un-locking a part. This is my first attempt on the same lines! 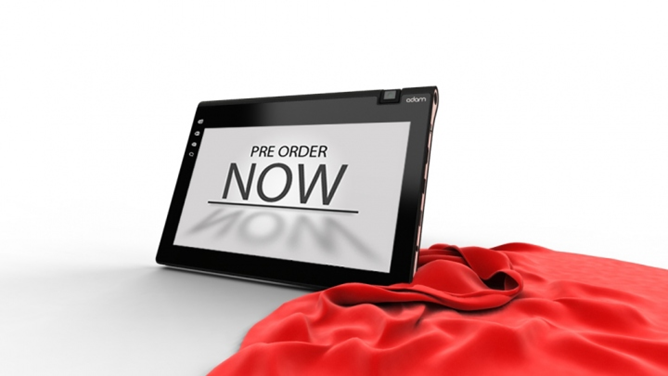 Froyo Now Rolling Out To All HTC Legend Variants