Just for fun, I entered the data points into a spreadsheet and extrapolated them using a trendline. Of course, the growth can't continue forever, but using the current data points, we'd reach 500,000 daily activations sometimes in mid-2011, and by the end of next year, Android would be around 650,000. Go Android! 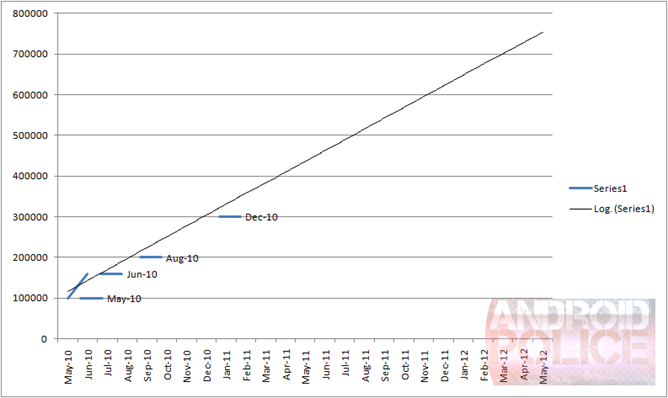 How To: Unleash The Power Of The Viewsonic G Tablet And Turn It Into The Best Performing Tablet ...

[Updated Again: New Pictures] Notion Ink Teases Us With The Golden Ratio A Day Before The Big ...