Just as promised, Comcast has finally brought their Xfinity application to the Android Market (and it's about time). We haven't spent more than a few minutes with it, but that's enough to provide at least preliminary impressions.

At first glance, the app is very attractive and appears to be pretty functional, including its own Comcast mail client, voicemail inbox, TV listings, and a DVR Manager (which takes up to 24 hours to set up). In addition to this, it contains a listing of all On Demand shows, but no On Demand playback is available at the moment. While fully featured, the TV listings portion of the app is very laggy and slow. In fact, when you scroll all the channels, the app takes a while to load, and then occasionally hangs. (This happened on both the HTC Evo 4G and Droid 2, so it wasn't for a lack of power... hopefully the issue will be fixed soon.) 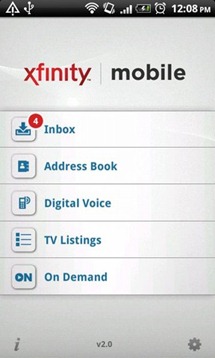 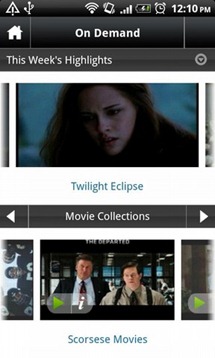 Although Artem didn't have the most favorable impression, the few comments there are for the app on AppBrain are positive. Despite the lag and the fact you can't view On Demand media, the app is definitely worth a look if you're a Comcast subscriber - it's certainly not too shabby, especially given that it's just version 1.0. Grab it from the Market and check it out, or hit the source link for the full breakdown on AppBrain.

LG Optimus U Coming To US Cellular On December 13th For $0.00 With New Contract