Joining SMS, missed calls, and bookmarks, the 2nd feature is a new swipe gesture dock popup called Recent Apps. After you enable it by long pressing the launcher icon (see below), swiping it upwards will bring up a popup with a list of recently used applications. This is not really a groundbreaking feature, as Android already has a Recently Used Apps screen (hold down the Home button to bring it up), but it's a very logical addition that doesn't require holding or waiting. Here's what it looks like: 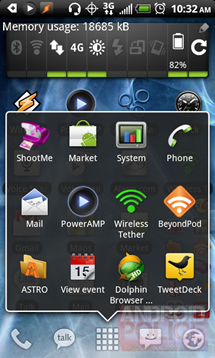 And here is how I set it up (the first popup is brought up by holding the app launcher icon): 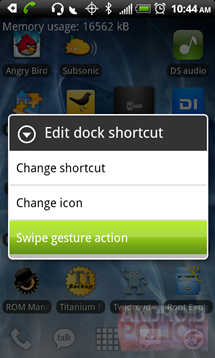 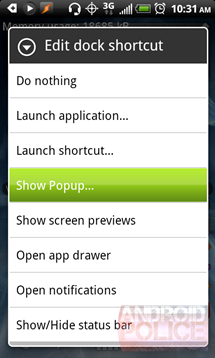 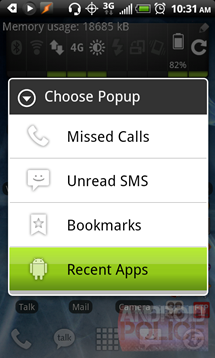 For Plus users only: 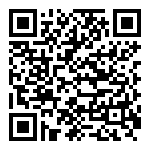