While Android hackers figured out how to boot Sony's Google TVs into recovery mode sometime ago, the Logitech Revue has been waiting for something similar. But now the wait is over, thanks to @Stericson, who took no more than a day to accomplish the task on his Revue unit, sent to him by Google.

While we are now one small baby step closer to having root access, I feel obligated to remind you that Sony's Google TVs have yet to see any real attempts at root or software mods of any kind, despite having had access to recovery mode for over a month now. Moreover, @Stericson will still have to... you know, tell the world how he did before it can be of use to anyone. Still, it's progress, and it will no doubt prove essential in the greater scheme of rooting the Revue. Now if only I could tell you that custom ROMs are just around the corner... 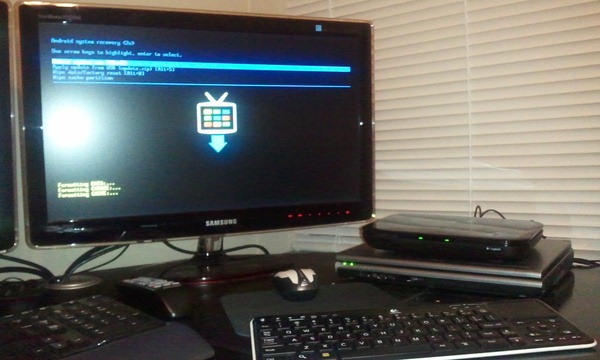 Update: And... here are the instructions: to get into recovery mode, hold down the power button until you see an image of the Google TV with a progress bar. Then press the "Alt" and "L" keys simultaneously. However, be warned - there are two disclaimers: