I may be stating the obvious here, but stay with me: most people reading this right now probably own a number of expensive gadgets - for example, a phone, a digital camera, or an MP3 player. It's also safe to say that just about everyone who isn't living under a rock knows that liquids and electronics rarely go well together. So then, what's a gadgeter to do when they expect to encounter liquids but want to keep using their electronics?

A company called DryCorp thinks it has the answer with its DryCase, which is exactly what it sounds like: a clear case that keeps your electronics dry. But is their answer a real solution? Read on to find out. 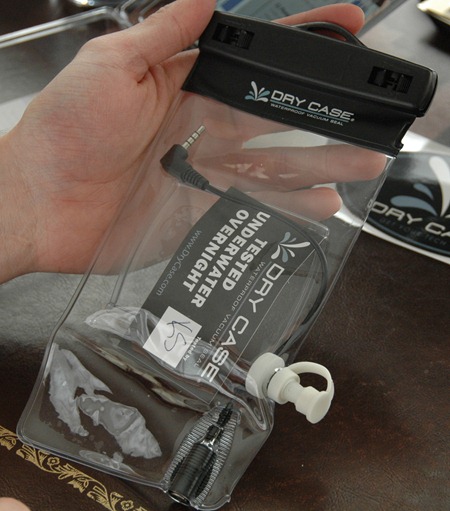 It's pretty simple, really - the DryCase is only made up of a few parts. Clear, heavy-duty plastic comprises most of the case, for obvious reasons. It's very thick and feels very durable. I'd certainly feel confident doing just about any water-based activities you can think of with this, even around rocks and other abrasive surfaces. At the top, there are two pieces of thick, black plastic (I'd estimate about .33" each), one on each side (front and back). This is where the case opens and seals shut. There are two plastic "wheels" that you turn to open/close the plastic, and thus the case. There's also an extra bit of plastic around back to slip the buoyant armband through. On the right is the air valve, which is used to vacuum-seal the case. Finally, at the bottom is a headphone jack - basically, there's an extender embedded into the plastic, with the female connector at the bottom and the male inside at the top of the case.

What's In The Box 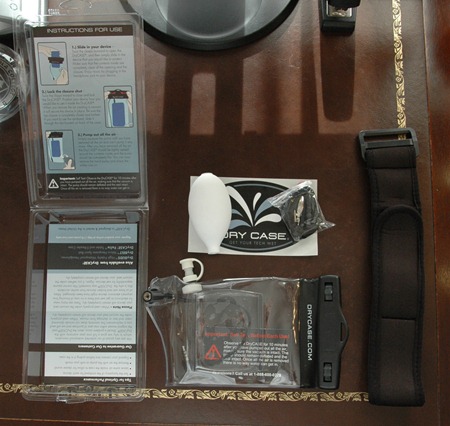 You certainly don't get the impression that you're being nickel-and-dimed with the DryCase: they include the armband and lanyard as part of the package, rather than an accessory that must be purchased separately. Other than those minor niceties, you'll find the case, a small hand pump, a card certifying that your case has been tested underwater , and a bumper sticker. 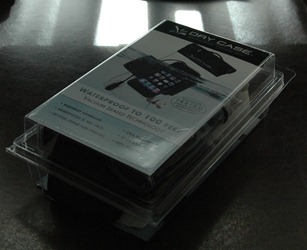 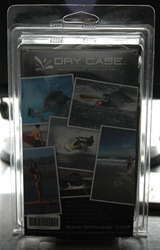 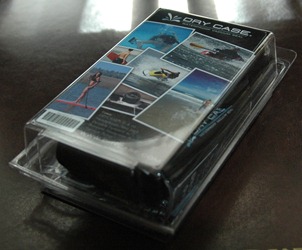 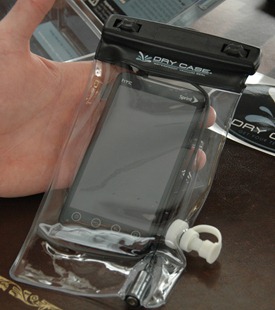 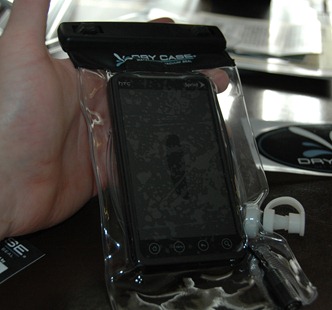 Installation is actually incredibly (and refreshingly) simple - in fact, it's only a 3-step process according to the instructions. The short version: you simply open up the case by rotating the wheels outwards, drop in your device, and squeeze out the air using the pump. In total, it takes about 2-3 minutes, followed by a 10-minute period of waiting to make sure no air is seeping in. Once that's finished, you can move on to...

I wasted no time: once I'd made sure the case was properly sealed, I filled a bowl with water and dropped it right in. I waited a few minutes, and snapped off some shots: 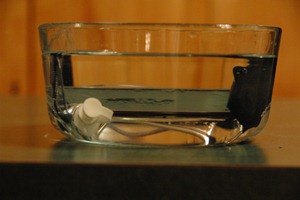 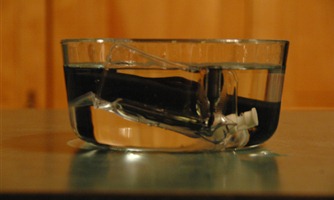 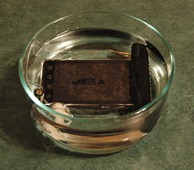 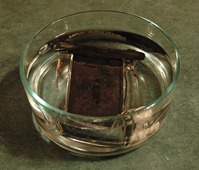 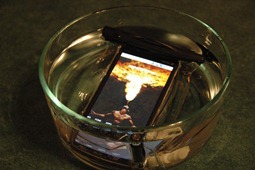 It works without a hitch. Honestly, based on the installation process alone and feeling how hefty the case felt, I didn't even hesitate to drop it right in - so I wasn't surprised when I pulled my phone out and it had nary a drop on it. In fact, my only complaint - and this is no shortcoming of the DryCase - is that it's pretty damn hard to use your phone when it's under water (or even freshly out of water). In either case, the water interferes with your touches; when taking the above shot with the screen on, the homescreens kept scrolling because the water was moving from me reaching in to turn the screen on. Again, there's nothing DryCase can do about that, but don't expect to go scuba diving and change your music halfway through. You'll probably run out of oxygen first.

In short, the DryCase is perfect for anyone with an active or dirty lifestyle. Even if you're just planning on sitting in the sand, you can be damn sure that you won't be getting any in the cracks of your phone or scratching up the screen.

Note: neither of the things listed under "what's to hate" were counted against the DryCase, as neither issue is the fault of the DryCase; rather, they're issues that can't be avoided given the purpose of the product.

[Updated] "Similar"/"Related" Tabs Appearing In The Market For Android Users