The Samsung Galaxy Tab is the only Android-based tablet worth considering. But is it? That question is now up in the air since Barnes and Noble's $250 NOOKcolor, an Android-based e-reader, has been rooted. While before the deed was done it was just that - an e-reader - it's now taken on a life of its own, a life complete with Angry Birds: 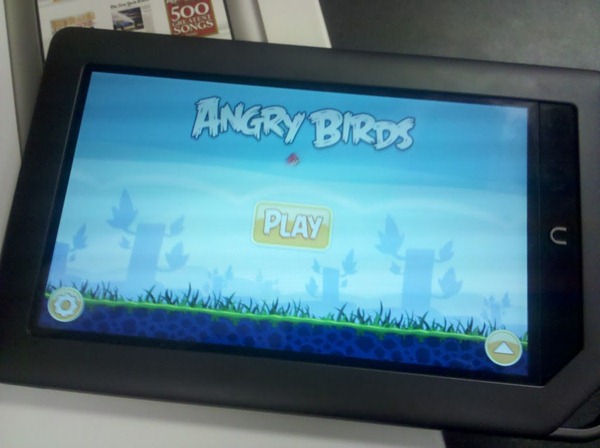 The procedure is still a bit complicated (as you'll see for yourself below), but it's definitely a start - until z4Root, SuperOneClick, or some other one-click solution becomes available, I've got a feeling this is your best bet. It will only get better from here, especially once the device starts seeing its first ROMs.

Gameloft Treats Sprint's Epic 4G And EVO 4G Owners To A Buy-One-Get-One-Free Offer On All HD ...

Winamp 0.9.2 With Shoutcast Support Now In The Market