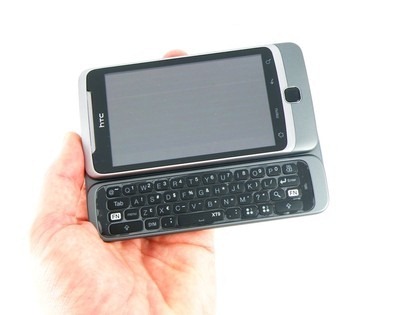 TechRadar's review, detailed as always, covered just about everything Desire Z-related, from its camera to its sturdy and sexy aluminum construction to HTC's new Sense UI in a span of only seven pages. Their reviewer, Gareth Beavis, found the phone's camera to be OK but not great, and the physical QWERTY keyboard was a similar story in his opinion. While he loved how the "Z-hinge" sliding mechanism folds out on itself, he wasn't a fan of the keys' shallowness or the hinge's looseness. He also loved how fast the phone was, especially the way it flicked through pre-configured HTC "Scenes," part of the new Sense UI's theming scheme. And yes, he was able to confirm that the phone can play Angry Birds very smoothly. The takeaway?

Whether you like the HTC Desire Z or not is will depend on your love for a physical keyboard. If you want one desperately and love Android with a fiery passion, then the Desire Z is for you.

However, if you can take it or leave it, we'd suggest you look elsewhere. While the Android 2.2 OS works well and plays nicely within the phone, you're carrying round a rather substantial amount of extra heft with the Desire Z.

The new HTC Sense is a step forward in terms of an impressive UI, and the addition of things like Locations can only be a boon.

It's a decent attempt at bringing it all together in one tidy package - we just wish the hinge was a little more solid, as other than that, it's a top phone.

Luke Westaway, one of CNET UK's smartphone experts, also got a chance to review the Desire Z. Overall, his take was even more positive than TechRadar's was - he loved the phone's construction (with the exception of the loose-feeling hinge and heavy weight) as well as the features HTC's added to Android, the keyboard (which he thought was nearly perfect), and the overall speed of the device. Just about the only other downside mentioned in his review was the handset's battery life, which lasted less than a full day in his tests. Still, his final rating of four stars out of five summed the review up pretty well - it's a fantastic device all-around. Readers seemed to agree, as 490 of them said they wanted it, while only 75 said it wasn't for them, with 220 people already owning the phone.

With a usable and comfortable keyboard, and a slick touchscreen interface, the HTC Desire Z offers the best of both worlds. It looks great, feels fantastic and is jam-packed with features. But the keyboard does make the handset bulkier and introduces elements that could break.

If you really can't manage without a physical keyboard, the Desire Z will prove an excellent choice. If you think you could cope with just an on-screen keyboard, we'd recommend checking out the slimmer and slightly faster HTC Desire HD. 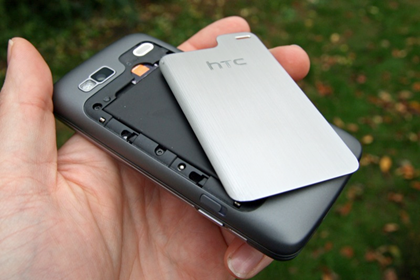 Pocket-lint's Chris Hall also thought highly of the Desire Z, as shown by his overall score of 8/10. He found both its display and processor to be excellent, but he was disappointed with the shallowness of the keyboard's keys and the phone's battery life. However, he found that HTC's new Sense UI, which has been slightly modified here so that the homescreens can change orientations when the keyboard is opened, offered loads of customization and plenty of apps (some of which you might not need). So would he recommend it?

The HTC Desire Z should be taken from two angles. The first is that it offers a touchscreen smartphone experience that many will love, with HTC Sense offering up its easy take on Android and packing in plenty of connected features for you to enjoy. You get all the benefits of the current version of Android too.

You then move over to the keyboard, and despite the impressive opening of the mechanism and the slick way the two halves of the phone sit together, it just doesn’t feel as good to type on as some other smaller handsets. If QWERTY is really your thing and you crave those buttons, then give it a try to see if it suits your hands. For some, the partnering of the physical keyboard with HTC’s usual offering will be an absolute delight, for some, like us, it won’t quite hit the mark.

The HTC Desire Z is undoubtedly a powerful Android handset, but we’re yet to see how its rival the Motorola Milestone 2 will compare in a full review - there is always the chance it will take the top spot. 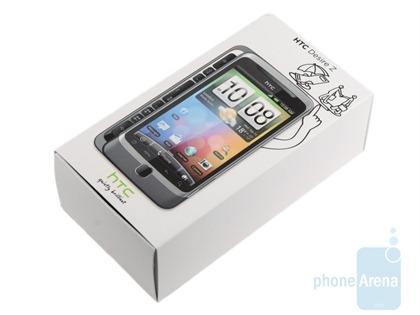 PhoneArena, who published the last review on our list, essentially reached the same conclusion as the rest of the bunch: the thing's pretty damn impressive. While the 1300 mAh battery failed to amaze them, they found that the new Sense UI was so good it made up for it. They also praised the phone's call quality, though the speaker was said to be of average strength rather than outstanding strength (still, good enough). In fact, they ventured on to conclude that it is currently the best Android handset with a physical keyboard outside of the US.

The HTC Desire Z is one of the only two handsets so far with the new version of Sense UI, and deserved our attention, even just for that. HTC didn't stop here to make it stand out in the Android crowd, however, and added a physical keyboard with clever, if somewhat pointless,  Z-hinge mechanism.
Wrapped around in brushed aluminum, with soft-touch coating where needed, the HTC Desire Z is certainly a looker - a rather heavy one, however. The physical keyboard is not perfect, but it is better than most on this rare breed of Android handsets, which have side-sliding QWERTY keyboards.
The new HTC Sense, though, is the feature that can take your breath away here. It offers a myriad of functionalities and customization options, wrapped up in rich colors, and beautiful animations. The next-gen Snapdragon chipset ensures flawless performance, while the new additions to Sense UI, such as cloud-based services to manage your phone, and the Locations app with its offline navigation capabilities, added to our growing impression that the HTC Desire Z is currently the best Android handset with a physical keyboard outside of the US.
Another high-end alternative with a slide-out QWERTY keyboard, and Froyo, would be the yet unreleased Motorola MILESTONE 2. If you are a Symbian fan, the Sony Ericsson Vivaz Pro has one of the best physical keyboards we've tried on a mobile, and shoots HD video at 30fps as well.

Despite the reviewers' varying opinions on the keyboard (and its mechanism's sturdiness), it looks like HTC's built itself yet another quality Android handset. The Desire Z's camera isn't the best, and neither is its battery life, but overall, it seems that when you look at the package as a whole, the handset is among the best in the industry. We'll just have to wait and see if Motorola's Milestone 2 (the European version of the Droid 2) can trump it...

[Review] TeamViewer Lets You Remotely Control Your Friends' Computers, And It Does It Well