While Notion Ink's website for the amazing Adam tablet revealed a whole bunch of drool-worthy specs when it launched on Monday, one thing it didn't reveal was the Adam's release date... at least not directly. You see, it turns out that the release date (or something related to it, like a preorder launch, anyways) was hiding in the upper right corner all along, albeit in binary form:

I don't want to get anyone's hopes up, but this lines up very nicely with the promised December timeline, and you bet I am going to pencil December 9th right into my calendar.

Oh, and if anyone is still not convinced, have a look at this: 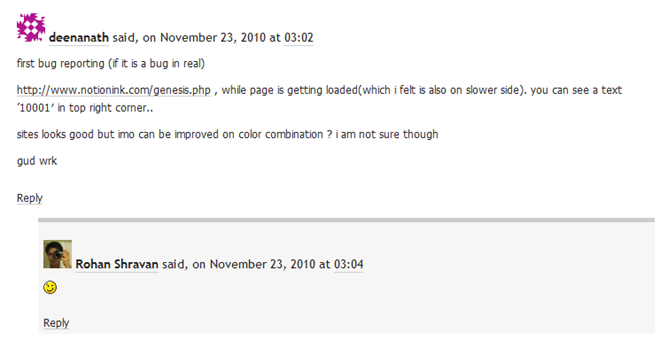 Oh, by the way, in case you didn't know, Rohan Shravan is the CEO of Notion Ink.

Thanks for the tip, Josh!