A pair of images circulated around the tech blogosphere this morning, showing what are purported to be the first glimpses of Motorola's now legendary Olympus, aka "Terminator", device. The Tegra 2 handset appears to take plenty of design cues from the newly-reviewed Defy, matching the rugged phone's rounded corners and flush capacitive buttons.

This is quite the departure from the unashamedly square design of Motorola's previous Droid iterations, but bears striking resemblance to a certain Nexus S. Both also share an uncanny likeness with the iPhone 4, but the less said about that the better. 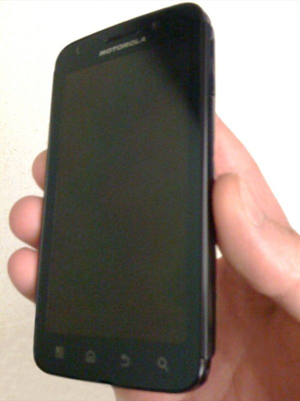 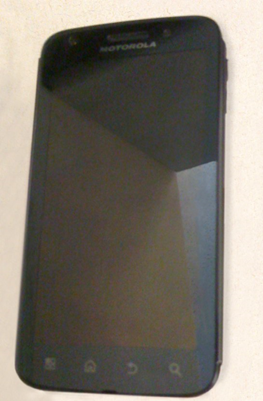 From the image it can be inferred that the device is probably in the 4" range, has a front-facing camera, and a fairly slim looking waist-line. While the images of the phone aren't all that illuminating in itself, it does hint at an approaching release.

After all, we know LG's dual-core phone will be making an appearance come CES, and Samsung may also have one in the works, so it is certainly time for Motorola to start making moves in this imminent dual-core duke-out. According to Android And Me, the Olympus will be available on multiple carriers but should be released first on AT&T by the end of January.