XDA-developers, who originally leaked details on the phone under the codename HTC Knight, have now provided more information on this bad boy, now known as HTC EVO Shift 4G (model number PG06100). Most of these specs aren't too surprising, but do leave a lot of room for questions:

Assuming the 800 MHz processor and 5 MP camera are correct, then this is almost definitely Sprint's version of the Desire Z (the same as T-Mobile's G2). But if it is indeed rocking an 8 MP camera, like the original EVO 4G, and a dual core Snapdragon processor, then Sprint's 4G line-up is about to look a lot more attractive.

Unfortunately, we don't have any new pictures of the device to share, so for now we will continue staring at this one: 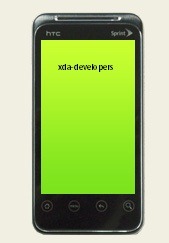