Motorola was kind enough to hook me up with one of their latest handsets, the Motorola Defy. Here's a video primer for the review that all your friends will be talking about tomorrow. If you read the review without it, you'll be in the dark:

The Defy is, put quite simply, a great device - and excluding Motoblur, the bane of many Android users' existence, the thing flies. It admittedly doesn't have much "WOW" factor after you're done throwing it at your wall and into a bathtub, but it doesn't really need it. The Defy is exactly what you would want from a device in this class: stable, efficient, capable, and amphibious. It's entry-level without all the things that suck about a phone being an entry-level device (again, save for Motoblur). Plus, if it pisses you off, you can smack it against something, throw it, then drop it in a bucket of water. Suffice it to say, I'm a fan.

The Defy doesn't really come preinstalled with much crapware on it either, which is always nice. Out of the box it has the DLNA app, Motorola Phone Portal (which is anything but crapware), the T-Mobile App Pack (also somewhat useful), and Blockbuster. The lack of superfluous system-app spam coupled with the cool and useful battery manager and double-tap home button functions lead me to believe that Motorola and T-Mobile are actually listening to customers about what they want on their phones, which is nice.

Now, here are some of those pictures I promised in the video: 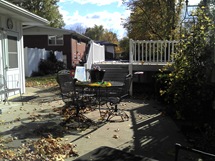 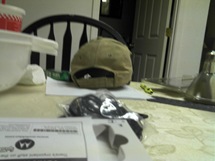 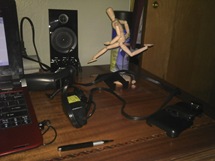 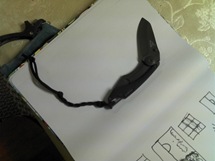 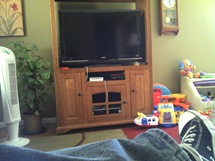 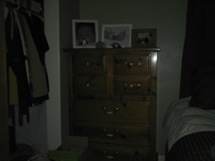 Yes, that is, in fact, the most cluttered and random subject matter you have ever seen in a device review. You're welcome.

The pictures aren't stellar quality, but they get the job done and that's all we can ask for. The last picture in that series was shot in 100% complete darkness. For a single LED flash, I'm not complaining. Video, however, wasn't even really worth posting about. It was about as low quality as you can get without calling it a slideshow.

Overall, the device is solid. I like it a lot more than I thought I would, and I'm glad I didn't let any previous impressions get in the way of my testing. The device is solid in looks, build, and performance. Also, there's a lot to be said about a phone that doesn't need a case. That being said, this isn't the phone for you if you:

It's a very utilitarian device, and I like that about it. To be clear, if I had a friend who wanted a good, solid entry into the world of Android that will perform when they want it to but not have to worry about it breaking on them, this is the device i would recommend. It's no EVO, but it's light-years ahead of the i1.

Big thanks to Motorola and T-Mobile for the review unit!