We've been hearing about Notion Ink's high-end Android tablet, Adam, for quite a while now, and it's already been announced that we could be seeing this device by Christmas. While that hasn't been confirmed, we now have quite a few more details on the tablet thanks to the fact that Notion Ink's website has been updated with all sorts of information on the tablet, including this massive helping of specs:

If you're wondering what that "bonus mystery feature" is, look no further than the page's source code, which includes a very interesting message: "For any sneaky fellows looking through the code, here's a tidbit for you, there's a very awesome hidden sensor we’re gonna be revealing soon." I haven't the foggiest clue as to what that means, but it certainly sounds interesting. 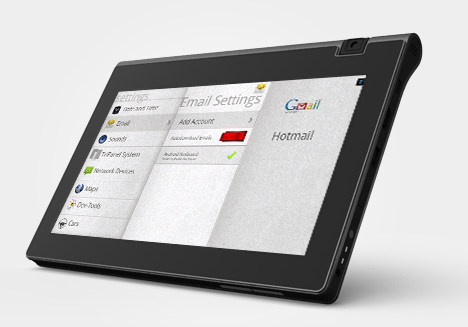 Unfortunately, the rest of the site is pretty barren on details. The developer page simply shows a few shots of the Adam before saying "be the revolution." That sounds to me like the device could have its own app market, though in one screenshot the Gmail logo can clearly be seen, so it must have Google apps (and presumably the Market) onboard. The software tab is similarly useless, as it doesn't give us any information on the custom UI the tablet is running.

On the other hand, the Design tab is loaded with information on the seemingly incredibly high-quality build of the Adam. As Artem previously pointed out, the quality of the design really brings Apple to mind, and that is a very good thing for Android (hardware-wise, anyway). 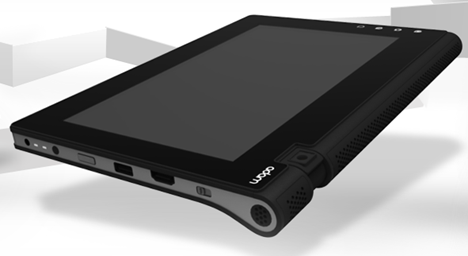 Attention Android Devs: You Can Now Add Custom Transitions To Your Very Own Custom ROM

Acer To Reveal 5, 7, And 10-Inch Tablets Tomorrow. Which Ones Will Run Android?