A few days ago, Harvard Business Review writer James Allworth posted on the HBR blog and argued that Google has effectively shot itself in the foot by making Android such an open system. To boil the 800 word post down, Mr. Allworth's argument is that the openness of the system has led to competitors taking the Google out of Android - namely, Baidu in China and Bing on Verizon. The issue is that Google's revenue comes from the ads on their services; consequently, a de-Googled Android would result in no income for Google. Further, there's another problem that he doesn't mention at all: Chinese carriers have replaced the Android Market with their own proprietary market.

This may simply be because of my flying-by-the-seat-of-my-pants mindset, but I don't really think things are nearly as bad as James makes things out to be. The issue with China could be a problem long-term, but America still has the largest economy in the world, and even in our post-recession environment of heightened savings rates, we're still a consumption economy. While it's true that China has been experiencing phenomenal growth, they're not without their share of problems (not to mention they save a substantially higher percentage of their income). 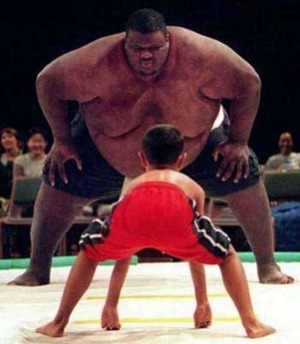 The big one is America.

Further, only a minor fraction of Google's revenue comes from China, and even with China's explosive economic growth, that's unlikely to change. At a time when many major companies have to rely on emerging markets for growth (think Coca-Cola and McDonalds), Google doesn't. They're like Apple: they rely on innovation and ubiquity for their growth, and it works well. Don't get me wrong, though: China is definitely a huge market and is likely to be one of the largest factors for global economic growth in the future, but the country isn't integral to Google. Hell, they've already pulled out of China altogether.

As for Bing on Android devices in the US, I think that's also fairly insignificant. Google controls such a huge portion of all online advertising that I doubt having Bing rather than Google on Verizon 'Droids is going to have anything more than a marginal impact on revenues. Google has always been pretty hush-hush about how much different aspects of business contribute to their bottom line, but I'd imagine mobile search isn't a huge chunk; even smaller considering that Verizon is the only carrier that's switched thus far. (Then again, recent research analyst reports say that Yahoo is in talks to bring Yahoo Search to another carrier's Android devices, so the problem could get bigger; again, though, "bigger" is a matter of perspective, and is unlikely to be anything more than marginal.)

A final consideration is Android's versatility. Phones are fairly simple to knock off and de-Google, but it's hard to imagine many Chinese people have a use for Google TV. Assuming the product is successful (and I'm betting it will be, given that it's being integrated directly into TVs), that's another stream of revenue that is, for the time being, relatively out-of-reach to Baidu and the Chinese. Further, given the versatility of GTV, it's still providing Google with income streams aside from search ads. Who knows where else Android will end up?

Artem has argued with me that Google should simply lock down search, forcing all Android devices to use only Google. He's of the opinion that people wouldn't have minded in the slightest; I disagree completely. I don't think locking down search is a major issue per se, but it goes against Android's mantra of openness. They didn't add options for other searches, but there's no reason they should devote time and money to that support when competitors can (and should do it); and thus, we have Bing and Yahoo! for Android on the Market today, freely available to be used on any Android device.

I agree that Android is certainly presenting a few problems to Google, but it's hard to imagine that they don't recognize the problems and aren't working on ways to make up the lost revenue while keeping the "soul" of Android intact. In the meantime, they have plenty of revenue rolling in from all sorts of directions (Gmail, YouTube, AdSense, AdMob, Android Market, Search...), and they're always innovating. Coupled with the fact that so many of their services are used so heavily by so many, and the data from those sources is interlinked, collected, analyzed, and put to use, it's hard to imagine them running into trouble anytime soon.