Remember The Milk is, without a doubt, one of the most powerful task management solutions on the market, and its Android app is pure awesomeness. It is extremely polished, and I rely on it reminding me about my tasks, including various Android Police business, every day.

One feature that the RTM app has been lacking is push syncing support, instead making us select a potentially battery-killing polling interval (mine was set to every hour). As I've found out from my own observations, frequent sync is really devastating to the battery life, and should be avoided as much as possible. To address that, today that the company released an update version 1.4 of the Android client, codenamed "Rachael," which introduced what they've described as the "magical push syncing awesomeness," among other things.

Rather than having to select a syncing time period, the app now defaults to immediately pushing changes made on the web or other clients straight into the Android client. As before, syncing from the Android client back to the cloud is done instantly as well.

Nice job, RTM! I welcome anything that can improve my battery life, and push sync was just what the doctor prescribed. 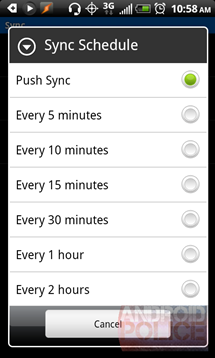 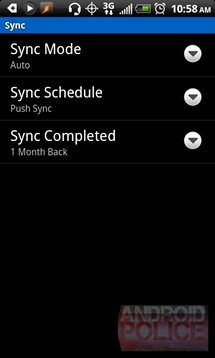 Download the app by clicking or scanning this QR code: Best Buy Takes Over And Peels Off The Yahoo Homepage In A Holiday Campaign, EVO 4G Leading The Pack