Winamp, one of my favorite desktop music players, recently landed in the Android Market, and has since become one of my favorite mobile players as well, at least until PowerAMP came along. One glaring omission, however, has been the absence of Shoutcast streaming, meaning thousands of online radio stations (such as DI.fm) that are easily accessible via the desktop version, weren't available on mobile. I don't like having to use a whole different app just for radio, but, alas, I had to resort to using TuneWiki or XiiaLive, neither of which I was a fan of.

To patch up this hole, Nullsoft, the company behind Winamp, is concentrating on adding Shoutcast support in the next version. Unfortunately, the new feature is still undergoing testing, so the build is not available for download just yet, but that didn't stop DownloadSquad from getting their hands on a copy and providing us with first impressions.

As expected, you will be able to browse the available station selection, add the ones you like to your favorites, and view your recently listened to stations in one convenient location. According to DS, Winamp's implementation is a bit rough around the edges but is the most functional music app currently in the Market.

No word was given on the release date, and at this point, I don't think Nullsoft knows either. It'll be ready when it's ready, and I'm staying put until then. 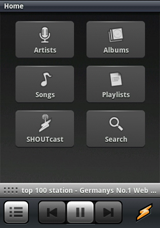 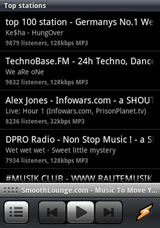 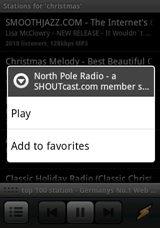 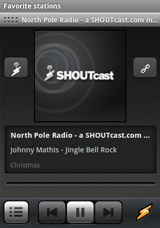 Native Google Docs Editing Rolling Out In The Next Few Days

US Cellular Announces LG Apex - An Optimus One With A Keyboard