Unveiled earlier today, Google's new service, called Hotpot, promises to recommend places to you based on an extremely simple rating system that allows scoring and ranking establishments from one to five stars. Additionally, you can rate individual characteristics, such as food, service, and atomsphere, as you can see below. Hotpot's release was accompanied by a simultaneous refresh of the Google Maps Android app (version 4.7), which brought along the fairly significant addition of Hotpot to the Places component of the app. 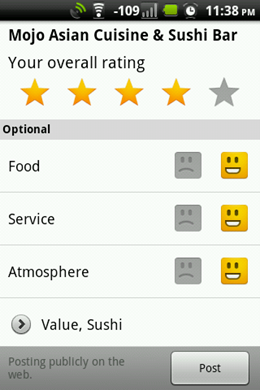 Hotpot itself is accessible on any computer, but you'll obviously find rating and discovering places far more convenient while on the go. A built-in widget makes it even easier to rate places as you go. 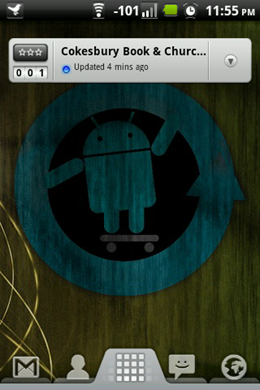 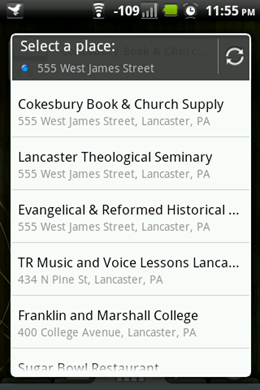 You've got to feel just a little bit of pity for Yelp (or maybe not); not only do they have to compete with an application that comes pre-loaded on nearly every Android device, but now they have to compete with this new simple yet intuitive feature. But the best part about Hotpot is that it's available now: you can start rating your favorite places now by clicking here, or, as Google puts it, "Happy hotpotting!"

US Cellular, AT&T Announce Their Versions Of The Samsung Galaxy Tab - Former $399 On Contract, ...