Last night on the Android Developers blog, Tim Bray recapped a few improvements that have come to the Android Market since Froyo landed. Most of them (five out of the six) are old news by now, but the sixth is one we haven't heard about before:

Sixth, Market now has a “draft upload” feature; this removes a lot of the tension and strain from the app-update process. Get your screenshots and feature graphics and text and APK all squared away with as much editing as you need to, then update them all with one click.

Hardly a major improvement, but it illustrates the fact that they're still working on the market - particularly from the developers' side of things. It becomes even more obvious if you look at the other five improvements:

First, we introduced error reporting to Market, so developers can see if their apps are locking up or crashing; and if so, exactly where.

Second, we upgraded the Market publisher site to include user comments, so you can read what people are saying about you, or at least what they’re saying in a language you understand.

Third, we added the licensing server, which, when used properly, tilts the economics of Android apps toward you, the developer, and against the pirates.

Fourth, we cranked up the number of countries people can buy and sell apps in: as of now, you can sell them in 29 countries and buy them in 32. 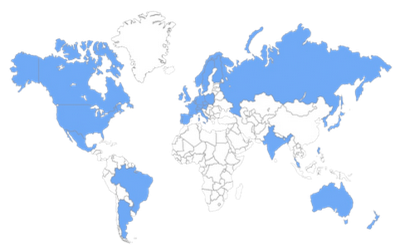 Fifth, we rolled in a “recent changes” feature, a place for developers to put their release notes. Android Market has a zero-friction process for app update, and the really great apps have followed the “release early, release often” philosophy. As a developer, I like having a place to write down what’s behind an app release, and as a person who downloads lots of apps, I like to know what the goodies are in each new update.

Between the sheer popularity of Android and the evidence that the Android team is constantly working to improve the Market, it's not too surprising to see that Android is really picking up steam with developers.