Poor old Sony Ericsson fans; as soon as their X10s get updated to Android 2.1, a new phone leaks out to let them know that end-of-life for their tragically neglected handsets is not far off. However, with this shiny new leaked photograph of the "Anzu", X10 owners can at least take some solace in the fact that even Sony Ericsson's test devices are running outdated versions of Android, despite being rumoured to run Gingerbread on release. 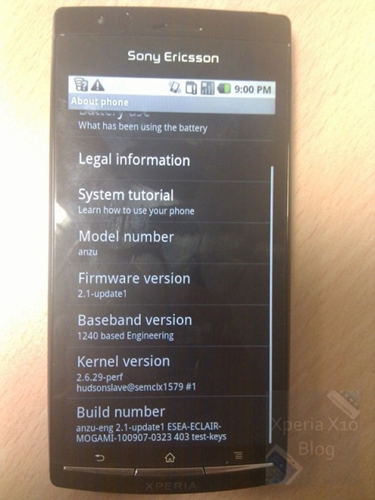 As for the device's hardware, the X12 can be seen to take some cues from the Droid X and EVO 4G, ticking off the same 4.3" screen and HDMI output in a slimline body. The X10 family were never bad looking phones, and the X12 resembles its predecessors with the same black slate and silver button layout we are all so familiar with. 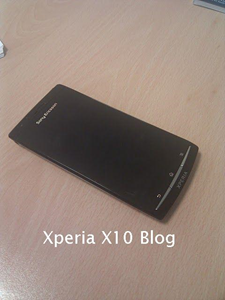 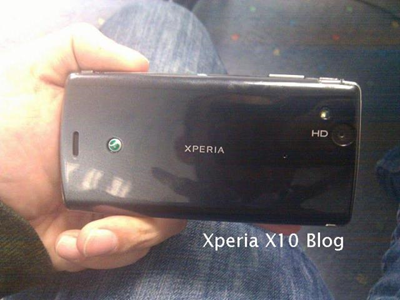 Mobile-Review head-honcho Eldar Murtazin had this to say of the X12 (via twitter):

Meeting with Sony Ericsson. They put on table 7 devices for the first half of 2011. I like only one of them. X12. More info later

X10 is a bad story. Sales low. X12 will be treated in the same way by customers

Anzu is X12 as far as I know. Commercial numbers is under question now.

So it should no longer be in question if this device is real or not. What does remain a question though, is if X10 owners are set to be abandoned by Sony Ericsson following the expected Q1 launch of the X12. Oh, and does it have multitouch?