Following a beta testing phase that has been going on for about a month now, Evernote, the fantastic note-taking service, has finally updated the public market version to 2.0, bringing a lot of cool and much-needed changes and features. Whether you're using Evernote to organize your documents for work or to streamline your notes at school, these are the changes you've been waiting for.

The first change, which was arguably the most necessary, was the whole interface of the app. The older version kind of...sucked horribly. The new version is shiny and clean, demonstrating all of the new powers that were bestowed upon the new Evernote for Android. Even the widget got a face lift and it really adds to the usability of the app, not to mention making me actually WANT to use it. Here are some pictures: 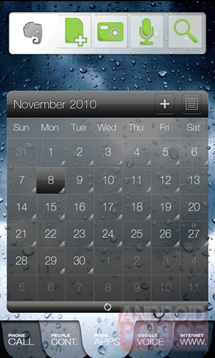 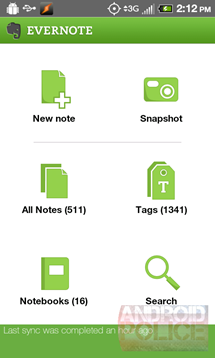 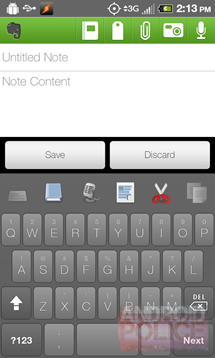 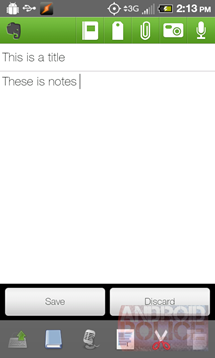 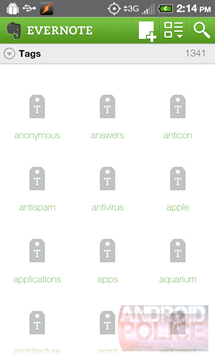 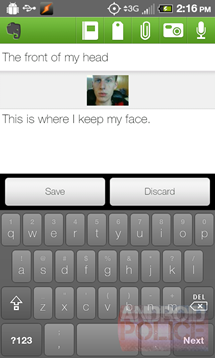 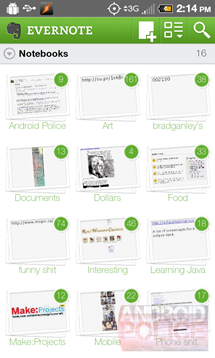 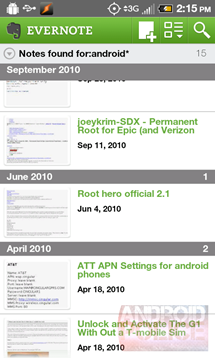 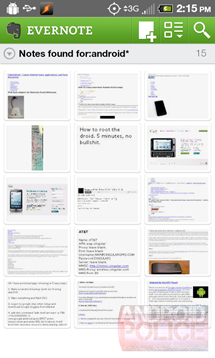 Coming along with these UI changes, Evernote has added many features that really help streamline your experience. As you can see in the images, you can search specifically by tags now in addition to viewing different notebooks separately. This really helps when you are looking for a note but aren't sure exactly which note it is or if you just want to casually browse things you've organized in the past. They also integrated Evernote with the Google Search app in case the changes to the Evernote app didn't make searching easy enough for you. Going even FURTHER, you can also make shortcuts on your home screen to individual notes or searches. Awesome.

The note creation screen has changed radically as well, speeding up the process of note taking. You can now add images and audio in-line as well as add tags from a list instead of having to remember each individual one. This is also huge.

The largest and probably most important change of all in the new Evernote, though, is the change we've been screaming for since day one. What good are all these notes if you have to be online to read them? Problem solved. Now, whenever you view a note on your handset, it is downloaded for offline viewing and, if you are a premium Evernote subscriber, you can chug them down by the notebook for offline access. This is good stuff here, people.

It looks like Evernote finally got serious about Android and it shows in 2.0. You can grab the Evernote app here and read the 2.0 announcement on their blog:

Google TV: Now With 95% Less TV, Thanks To Networks