It's been but a few weeks since Opera's announcement of Opera Mobile for Android at their Up North Web conference, and now the browser is out there navigating the maze of tubes that is the Internet. While they didn't quite meet their "within the month (October)" promise, we can forgive them for wanting to polish things a little further.

However, glancing at Opera Mobile for the first time, your look might be one of the askance variety; "What's this? It looks just like Opera Mini!". While this is true, the real differentiation in the Mobile version versus the Mini version is beneath the hood. As promised, Opera Mobile now has pinch-to-zoom, along with its own rendering engine. Sadly the proclaimed "hardware acceleration" does not seem to be in full force as yet, with page rendering barely competing with Mozilla's Firefox and some distance behind the stock Android browser. 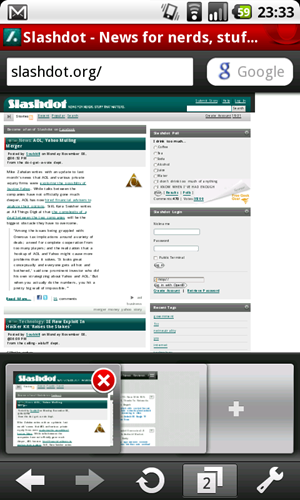 Speaking of the stock browser, Opera Mobile does not use the WebKit rendering engine. This can cause some display issues on the ubiquitous websites around that net that purport to be "mobile friendly" but are really only fit for viewing on an iPhone. Below you can see the rather patchy display of the reddit mobile website and our own mobile page. 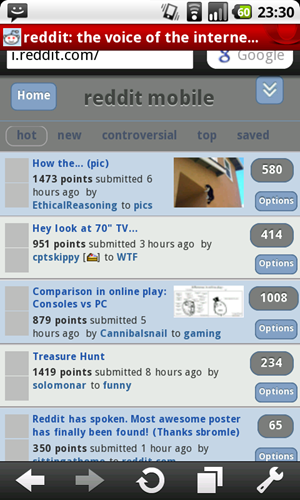 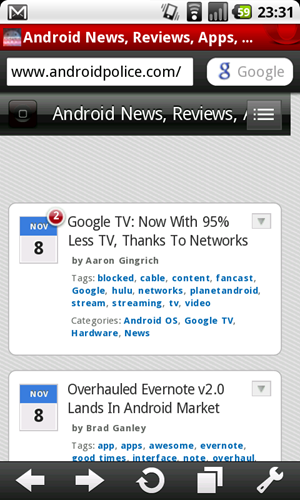 While this is not the fault of Opera themselves, it is definitely something they could have paid more heed, considering how much of the mobile web is aimed solely at the WebKit engine. 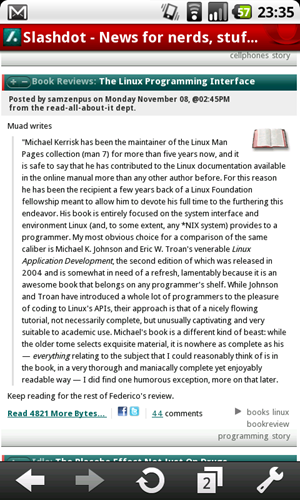 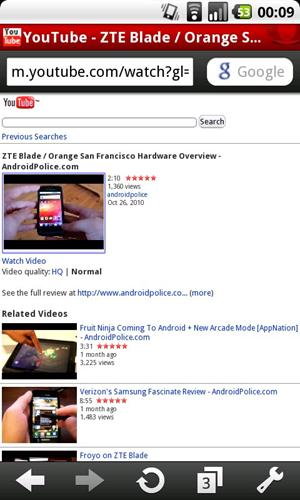 Leaving aside this rendering kerfuffle, Opera Mobile is fairly average in its performance. Websites loaded at a speed that was neither impressive nor dismaying. Panning was smooth, but it would have to be to be at all competitive. Settings are few and far between, and the UI looks slightly dated. Not a whole lot has changed since Opera Mini. There is one piece of good news, however: the YouTube mobile site plays quite well, albeit at a seriously low resolution.

If you're an Opera fanboy, of which there are a vocal few, this browser's release has probably made your day. If not, well, I suspect you will give it a shot, think "Mm, not too bad", and then go back to whatever you had before. Hit the source for a direct download. 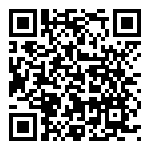 Update: Opera Mobile is now in the Market. Here is the Market QR: 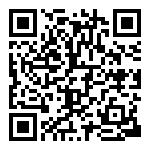