It seems like only a few days ago the nation's fourth largest carrier launched its highly anticipated and well received first HSPA+ device - the G2. Those of us who aren't keyboard fans, however, didn't have to wait long, as yesterday T-Mobile introduced a second Android device to join HSPA+ ranks: the myTouch 4G. According to some of these early reviews, it's not only better than the G2, it may even be the best phone T-Mobile has to offer. Let's count 'em down. 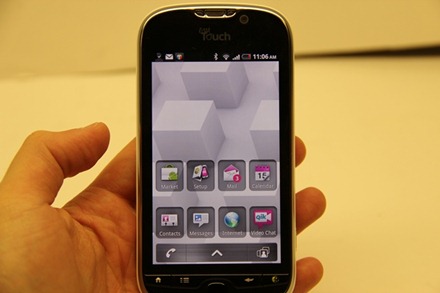 In the first paragraph of his review, Sascha Segan of PC Magazine stated that although some of the myTouch 4G's features are still a bit rough around the edges, the fact that those features exist earn the phone an Editor's Choice award. He proceeded to say that the myTouch 4G feels expensive (in a good way), that it sounds good when used as a phone, and that its next-generation 1 GHz Qualcomm Snapdragon QSD8255 processor absolutely screams. In fact, just about the only con he brought up in his review was the amount of non-removable bloatware preloaded on the phone. Still, his conclusion was decisively positive:

There are three great Android-powered smartphones on T-Mobile right now, and you have reasons to consider all of them.

Get the T-Mobile G2 if you need a physical keyboard, or if you're a Google fanatic.

Get the Samsung Vibrant if you want the slimmest, lightest high-powered phone available.

Everyone else should pick the T-Mobile myTouch 4G for its HSPA+ Internet speeds, Wi-Fi calling, future hotspot mode, and Android 2.2. The up-to-date software makes the myTouch our current Editors' Choice for T-Mobile smartphones without a physical keyboard.

Not to be outdone by its magazine-oriented competitor (see above), PC World had Ginny Mies and Mark Sullivan write and publish its myTouch 4G review. They not only put the phone through extensive testing, but also decided to give us a look at how well the device records 720p HD video:

In addition, they unearthed something we already knew months ago - custom UIs are usually useless. Still, they couldn't help but give the phone a rating of 4.5/5 and a solid recommendation:

T-Mobile and HTC definitely have a real winner here with the myTouch 4G. The powerful processing speeds paired with HSPA+ data speeds are hard to beat when it comes to watching videos and browsing the Web.The camera is also quite good (though the camcorder's microphones aren't the best).

If you don't have HSPA+ available in your city, however, you might want to hold off on buying a myTouch 4G until coverage is expanded. You won't be able to make video calls over the network unless you have HSPA+ connectivity (you can still make them over Wi-Fi, though). Even in a city where it is supported (like San Francisco), HSPA+ still has a ways to go for area coverage. 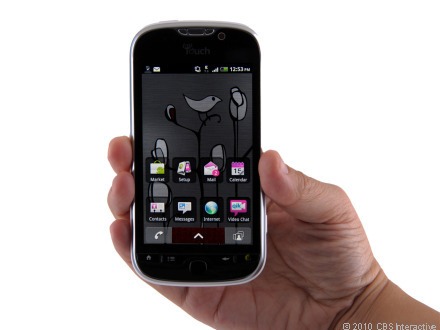 CNET's Bonnie Cha also reviewed the myTouch 4G, and although she found the camera to be a bit disappointing and the video chat quality to be seriously underwhelming, she too came away with a positive conclusion, especially in regard to the phone's design:

The T-Mobile MyTouch 4G is the latest addition to the carrier's MyTouch series of Android phones, and it brings a slew of design and feature enhancements. With a more solid build, the Android 2.2 smartphone feels like a premium device and has the goods to back it up, with HSPA+ support, Wi-Fi calling, mobile hot spot capabilities, and a second-gen 1GHz Snapdragon processor, just to name a few.

Unfortunately, one of its hallmark features, video chat, doesn't work all that well, as we were ran into a number of issues. The good news is that there are plenty of other great things about the smartphone to occupy you until video chat is ironed out.

The MyTouch 4G is fast, sleek, and delivers great call quality, making it a great alternative if you don't need a keyboard or dislike the bulkiness of the T-Mobile G2.

Lest you think that only major technology websites got to review the new myTouch, Helena Stone of Chipchick also managed to get her hands on the device. She was impressed right from the moment she opened the box, which is, admittedly, quite impressive: 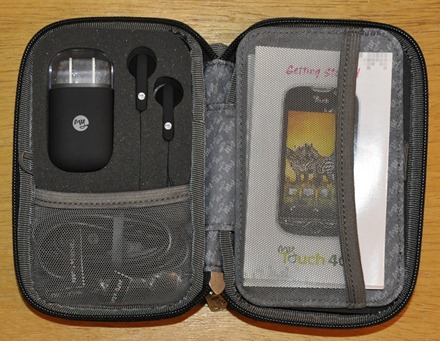 After putting the device through some benchmarks, she found that a Quadrant score of 1504 proved the myTouch 4G's aforementioned 1 GHz processor to be a screamer. One of the few negatives she discovered was the 3.8-inch WVGA display, which she found to have rather poor viewing angles. Nonetheless, her conclusion should speak for itself:

The T-Mobile MyTouch 4G really surprised us. We were expecting just an incremental update to the original MyTouch 3G. Instead we have been wowed with a powerful, well rounded, feature rich, and multimedia centric device. We find that the interface enhancements that T-Mobile has made to Android 2.2, along with the inclusion of HTC Sense is very welcome, as are many of the bundled apps. That said, the MyTouch 4G is definitely not one for the Android purists who will prefer the G2. Some might consider the software bundled with the MyTouch 4G to be bloatware, but we consider it to be apart of what makes the device stand out.

In comparison, the T-Mobile G2 we recently reviewed, feels like it’s somewhat more of a business type phone, and could be very suitable for those weaning themselves off of a BlackBerry device. The MyTouch 4G on the other hand is all about extra features and making intuitive refinements to Froyo – which we consider to be awesome. But to each their own – my co-editor uses a T-Mobile G2 and wouldn’t give up her comfy keyboard and stock Android OS for the world. I on the other hand can live without a slide-out QWERTY keyboard and prefer the HTC Sense inclusion and T-Mobile’s own refinements to Android. Overall, When it comes to a skin overlay for Android, we consider the MyTouch 4G to be leading the pack.

It seems that no matter whom you ask, the T-Mobile myTouch 4G is an all-around awesome device. Its camera isn't exactly the best in the business, and neither are its display or its software, but there doesn't seem to be any denying the fact that T-Mobile's new HSPA+ (or should I call it 4G?) device is a winner. Take that, iPhone 4.

What Is The Best Android Music Player? [Poll] 3 Years Ago, The World Saw Android For The First Time, And This Is What It Looked Like. Happy ...