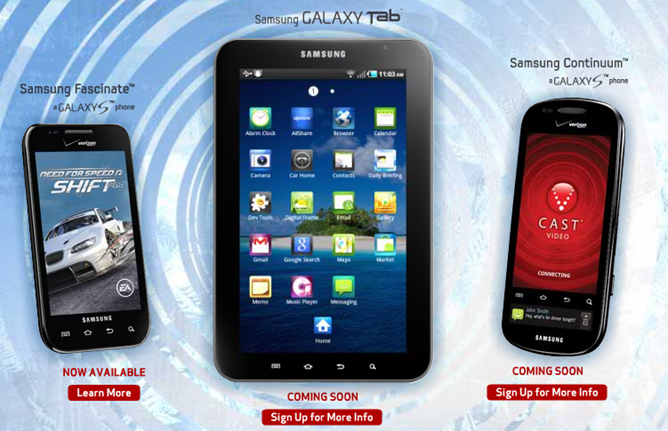 Appearing today on verizonwireless.com alongside the Galaxy Tab, the Continuum is encouragingly marked with a Coming Soon tag. This positively certifies the previous leak we saw pointing towards a November 11th release to retail. Whether or not a device release this close to the holiday season precludes a nexus between Samsung and Google remains to be seen.

HTC Finally Gives You A Dock For Your EVO