Right alongside the launch of the Galaxy Tab, Verizon prepared to launch two Android-running phones on November 11: the ticker-equipped Samsung Continuum and Motorola's latest lower-end handset, the Citrus.

As previously reported, the Continuum is a member of the Galaxy S family, albeit a rather odd one. The technical specs are largely the same as previous Galaxy S phones, with a few big changes:

Clearly, what sets the Continuum apart from the slew of other Android phones available is the secondary screen, which is said to be used for notifications, RSS feeds, Facebook, as well as music controls. It'll be interesting to see if consumers think this is a useful feature or just a novelty.

Other than that, the main screen is significantly smaller than other Galaxy S phones, at just 3.4". The Continuum will also be the first Galaxy S phone to launch with Froyo, and will probably remain the only one running the latest version of Android for some time, unless Samsung updates any of the others in the line within the next week and a half. 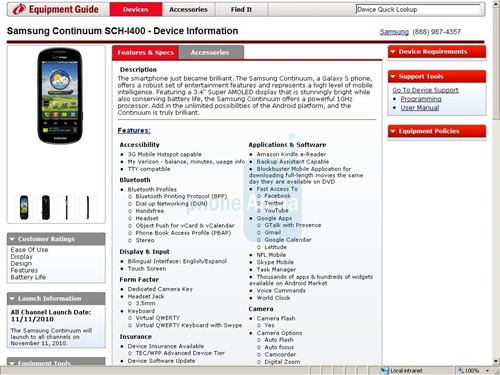 On the cheaper side of things, we have the Motorola Citrus, with specs that won't really make anybody raise their eyebrows:

The leaked shot also makes a point that the phone is made from "25% post-consumer recycled plastic," so at least you can feel that you're helping the planet while you complain about not having Froyo. 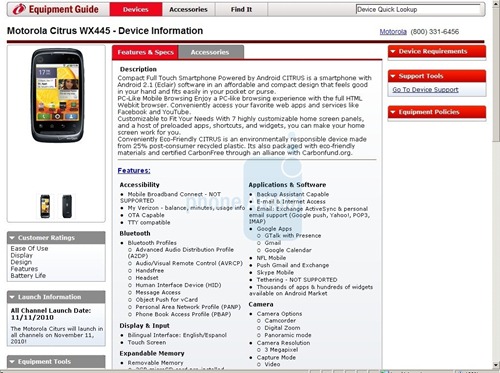 Modder's Column: Prettying Up That Status Bar On Your HTC Desire Or EVO 4G