It's not HTC's first 4.3-inch monster of a phone, but according to these early reviews, the Desire HD might just be the best. It would be really hard to say no to its sexy aluminum casing, stunning 8MP camera, and next-generation Snapdragon processor, not to mention all the advantages not immediately visible from its spec sheet. Let's take a look at what reviewers have had to say so far: 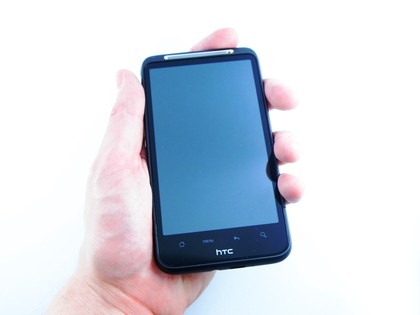 TechRadar's Gareth Beavis wrote up an exhaustive review of the HTC Desire HD that covered just about everything about the device, from its game-playing capabilities to its four capacitive buttons. He wasn't quite as positive as some of the other reviewers, but it's still fair to say that he'd recommend the device. The verdict?

It would be a massive step too far to say we were disappointed with the HTC Desire HD, as it's only because the bar has been set so high with previous iterations in HTC's Android portfolio.

The screen size will be an issue for some people, but that's subjective; you'll either want it or you won't.

A more pressing issue is the battery life - people might be coming round to the daily charging idea, but if you can't last a day in some instances that's going to get tiresome very quickly.

Believe us when we say that the HTC Desire HD is going to be the perfect handset for a lot of people (providing the price stays at a reasonable level) and we'd certainly recommend it as the phone to get if you want the very latest in cool smartphone technology that actually works.

But that battery issue, combined with a few other niggles, leave us wondering if HTC has started to reach a little too far with the ultra-cool factor on its handsets. 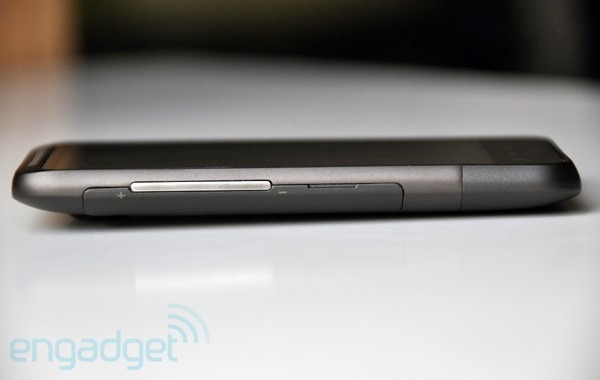 Vlad Slavov, one of Engadget's European editors, also had a chance to play around with and review the HTC Desire HD. He wasn't a huge fan of the way the camera lens juts out from the back of the device (a problem I contend with daily on my EVO 4G), and he found the battery life to be a tad disappointing. But overall, I think the fact that he gave the phone an overall rating of 7/10 should speak for itself, although his conclusion also does a pretty good job of describing the phone:

So what to make of the Desire HD? It's undeniably hampered by some design flaws and poor battery life, but the sheer volume of good things it brings to the table can't be ignored. Froyo is the most polished and accomplished version of Android by a good margin, HTC's latest Sense enhancements add legitimate value to the proposition, and the aluminum unibody construction, upgraded internals, and jumbo screen are unignorably appealing. On the whole, we feel like the Desire HD's downsides tend to relate to things that won't affect you too much in daily operation -- you won't need to access the battery too often, for example -- whereas its strengths reside in the critical areas of expanding functionality, choice, performance, and screen dimensions. It's Froyo on a 4.3-inch screen and it tastes just right. 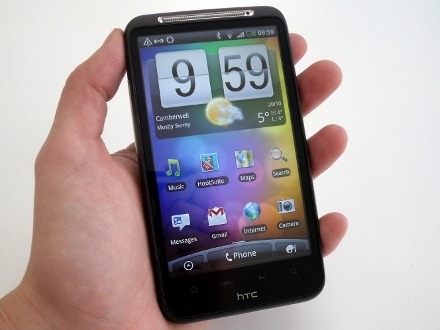 In addition to writing up a full review, CNET UK's Flora Graham conducted a survey in which readers were asked whether they own the Desire HD, want the device, or aren't interested in it at all. And guess what - a petty 232 visitors said it wasn't for them, while 1618 said they want it and 722 others said they already owned it. Pretty decisive, if I do say so myself.

As for the review itself, it tended to stick to the lines of the other reviewers - it's a good device, but it's a bit too big, and the screen quality isn't as good as its size. Still, as the review says, "if you're looking for the ultimate smartphone, you just found it."

For smart-phone fans who want the biggest, most feature-packed beauty that money can buy, the HTC Desire HD delivers in style. Android 2.2 is better than ever, and HTC's Sense skin helps smooth over the remaining rough edges, as well as adding some handy extras.

The 4.3-inch screen and heavy case means it may be too much phone for some people. It's not cheap either, and its app store has a whiff ofthe Wild West. But we think bigger is better, and the Desire HD bestrides the narrow world like a Colossus.

There doesn't seem to be any arguing against it - the HTC Desire HD is a solid smartphone for non-US markets and is, essentially, exactly what HTC needed to keep up their rapid growth rate. Couple that with the soon-to-be-released Desire Z, which adds a physical QWERTY keyboard to the mix for those who so desire (pun intended) and you've got a praise-worthy selection of devices - now how about a dual-core Desire HD?

Acer Liquid Metal Announced For The UK, Seems Rather Solid