Word on the street is that Droid 2 users are now receiving/pulling a minor update. The official Verizon document on the update reveals a number of improvements:

Haven't received yours yet? As we said above, you can force pull the update by hitting Menu -> Settings -> About phone -> System updates. 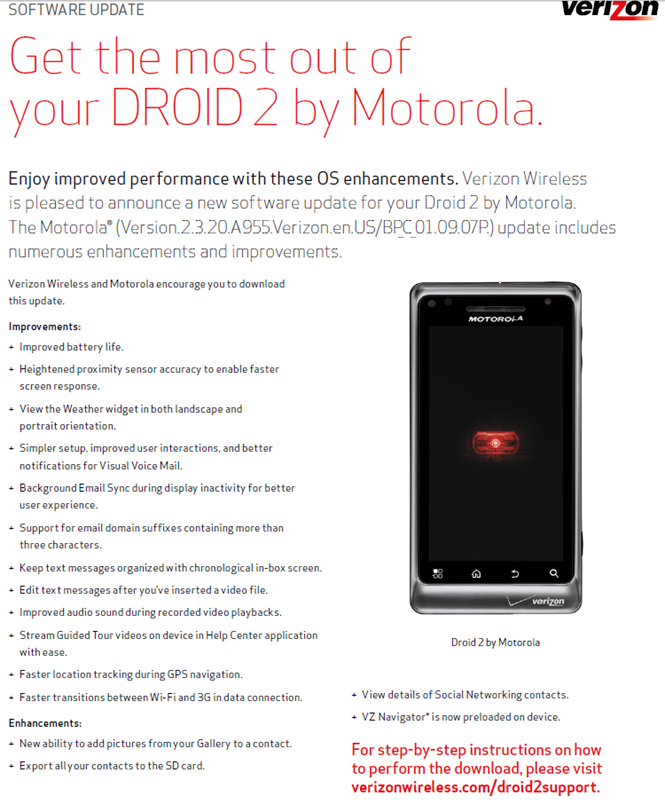 ZTE Blade / Orange San Francisco Review: Two-Thirds Of A Nexus One For One-Third The Price