These last few days the Android blogosphere has been awash with excited spluttering, dubious rumours and hopeful conflation. Kicking things off was City A.M., a "London-based free daily newspaper that specialises in financial news". According to an article on their website, Google had struck a deal with the popular phone retailer Carphone Warehouse. CPW were to sell Google's next phone, the Nexus Two by any other name. Their position as a reseller of phones and contracts on most if not all networks in the UK and wider Europe makes them a logical choice, right? Nexus One sales online didn't exactly break records, so it makes sense to try the next carrier-agnostic option.

Next up, we have GizmoFusion. Their source provided them with some photos of what they report as a Nexus One showing a status screen displaying Android 2.3 as the running OS. Interestingly, what is visible of the operating system does seem to confirm previous rumours floated by Phandroid: a dark notification bar in particular. While this is easily faked, it's always nice to see one rumour sticking up for another. 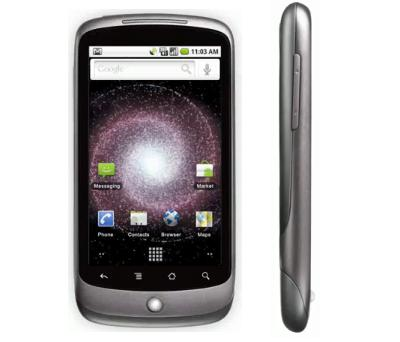 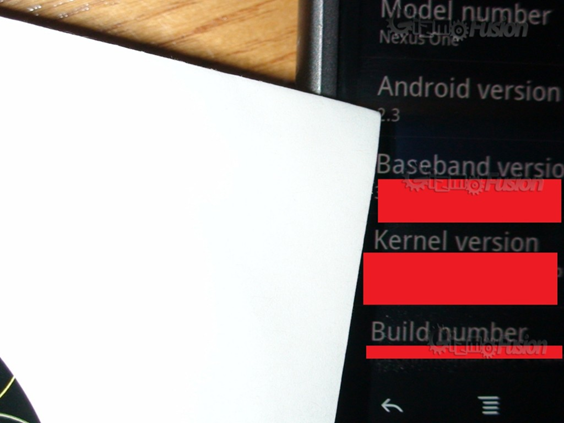 This isn't the only  device connected to the next Android release. Way back in September, a furtive (and since deleted) tweet made waves in the Android community with the suggestion that the next Google phone would be made by Samsung. While the source of the tweet seemed like the reliable sort, no other evidence came to light to verify that it the message was indeed true. Until yesterday, that is. Mr Taylor "Fingers in many pies" Wimberly of Android And Me came forth with his own information regarding Samsung's upcoming November 8th event. While it is widely expected that we will see the Samsung Continuum revealed here, Wimberly has his own take:

Google and Samsung will announce the “Nexus Two” at a press conference on November 8th in New York city. The phone will be the first device to ship with stock Gingerbread (Android 2.3) and it will be available soon on multiple carriers.

Imagine what would happen if Samsung focused on only the hardware and let Google takeover the software duties. That is exactly what you will get with the Nexus Two.

So does that mean the Continuum will ship with stock Gingerbread? It sure didn't look like it in the photos we saw last month, and there's also that Verizon branding. If Taylor's assertion is true, and he mentions multiple sources, then we may see two if not more new Android devices from Samsung in a week's time.

Interestingly, Scotty Brown of Radio Android also chimed in with his own exclusive rumour. According to Brown:

Last night on The Android Show we had a random anonymous tipster touch base with us when we were talking about the November 8th Samsung event being held in New York.

The anonymous tipster dropped this on us:

This certainly seems to corroborate the story on Android And Me, and makes the pile of evidence pointing towards a Samsung-Google device now very difficult to dismiss. As with Taylor Wimberly, Scotty Brown's source is said to be very reliable, so it sounds like this is all going to come true rather shortly.

There is no question that the Galaxy S family is more powerful hardware than the Nexus One. However, even with that awesome SGX540 GPU and Hummingbird processor, it seems a bit feeble to be a true successor to what was a revolutionary hardware spec at the time. This might explain the "Nexus S" naming, as it is more a stop-gap device for the 2.3 release as we wait for the real overhaul with 3.0.

So what do you think? Is the notion of a Samsung powerhouse running stock Android enough to woo you? With Samsung's NYC event only 11 days away, you might not have long to wait.