If there is one unique thing the HTC Sense UI brings to the table, it's definitely the clock/date/calendar widget. You know the one I'm talking about: 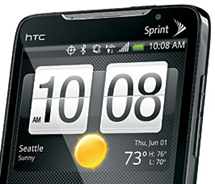 HTC most certainly brought the sexy, and those of us running alternate launchers (Launcher Pro, ADW, etc) or using phones without Sense, were getting kind of jealous. The solution came in the form of an app called Fancy Widget which mimicked the Sense widget almost to a tee, while adding a host of handy options:

Unsuprisingly, Fancy Widget got very popular, and HTC ended up sending Android Does, the widget's developer, a cease and desist order. Android Does complied and removed the app from the Market, promising, however, to rebuild it from scratch and re-release it with an updated UI. This brings us to present day.

On October 25th, a completely redesigned and rearchitected version 2 of Fancy Widget hit the Android Market. The UI is now different and unique in a certain way - it no longer copies Sense but is as functional and easy to read as before. Check out the features and our screenshots below:

The new FW (v2) features our own design of a digital clock and a set of weather icons, but the difference does not stop there. Actually, we have re-written a large portion of the original code, so the new version should be more stable and adapt better to different devices.

If you have used the old FW before, you may notice that the new version has more features too.

On a side note, some of you may still like the old FW and are hesitant about updating to the new version, fearing that you will lose the old version. Well, don't be. The new version of FW uses a different package name, and therefore it is a new app in the market.

You can actually install and run the new version alongside the old one, so you get the chance to decide which one you like better. We strongly suggest that you try out the new version and hope you'll like it. 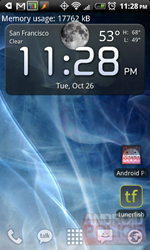 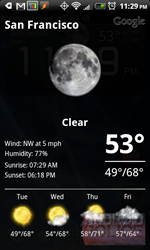 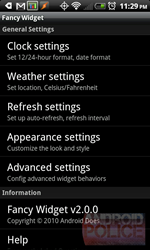 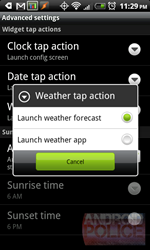 Mash this QR code with your finger if you're on your mobile or scan it with Barcode Scanner otherwise:

P.S. You can find download links to the old Sense-lookalike version of Fancy Widget by utilizing basic Google search skills.