Fast forward a week, and I decided to check back with the poll to see how it is doing... I will just leave the following here without any commentary - the results speak for themselves*: 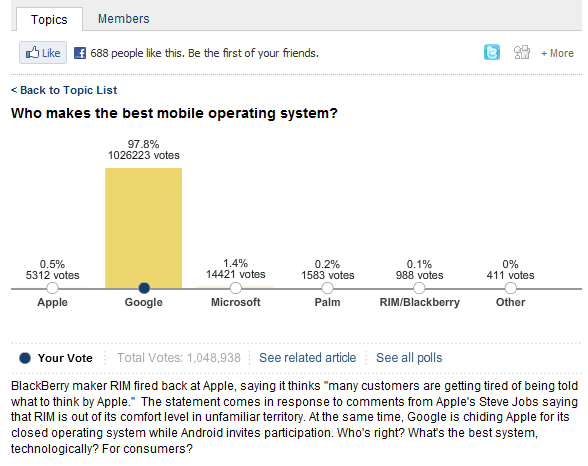 What can I say?! Go Android!

* - it could sure seem like either the fact that the poll is using Adobe Flash, which is unreadable by iOS devices, or a mysterious 4chan-like power could have had something to do with such complete domination. But then again, the Android community is stronger and closer than any other mobile OS community out there - if its members want something done, it gets done.

Fancy Widget For Android Finally Returns After Cease & Desist From HTC And Months Of ...