Today's tip is common sense to those Launcher Pro/ADW users who are aware of it and pure bliss to those who aren't. Normally, if you drag an icon on your homescreen to the trashcan, the icon simply gets removed from the given homescreen. However, if you keep holding it over the basket, the action turns into "Drop to uninstall," becoming the fastest way to remove apps that I can think of. To sweeten things up a bit, you can also drag icons into the basket from the launcher, achieving the same murderous effect. It literally takes 1 click to get to the uninstall screen without requiring any extra programs or menu walking. 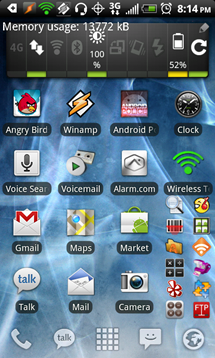 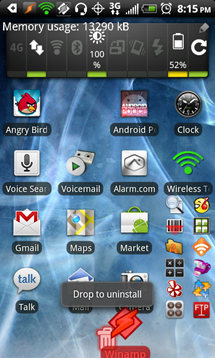 Debating whether I should post this tip or not, I went to the Android Police team and asked them whether they knew this mostly unpublished trick. They did. However, when I hit up my co-workers, I found that most didn't, and those who did had only found out accidentally. If this post helps at least one person, then I will know it wasn't all in vain, so tell me - was this tip new to you or should I go for a weekend away with Captain Obvious?