One of the reasons I love Android is because you can customize the heck out of your experience. Replacing the stock launcher with Launcher Pro is pretty much the first thing I do now when I get a new phone because of the innovations a hard-working, smart, and dedicated engineer (Fede) can bring to the table.

However, Launcher Pro is not too much different from the stock UI, outside of tweaks and other little but important things - same goes for ADW and other home replacements. Because of that, I get especially excited when I see some outside the box thinking (remember Mozilla's Seabird and the TAT's Horizon concepts, for example?)

The visionaries behind Slick UI are some of those outside the box thinkers that I am so fond of - they're thinking of a UI nobody's ever done before, and I'm very much interested in seeing this concept go to something real we can all install on our phones.

The Slick UI project is past being just an idea - detailed mockups and a video walkthrough await you below, and development is underway, though without a projected release date. To monitor the progress of the project, Slick UI developers invite you to follow this dedicated Twitter account: @SlickUI. 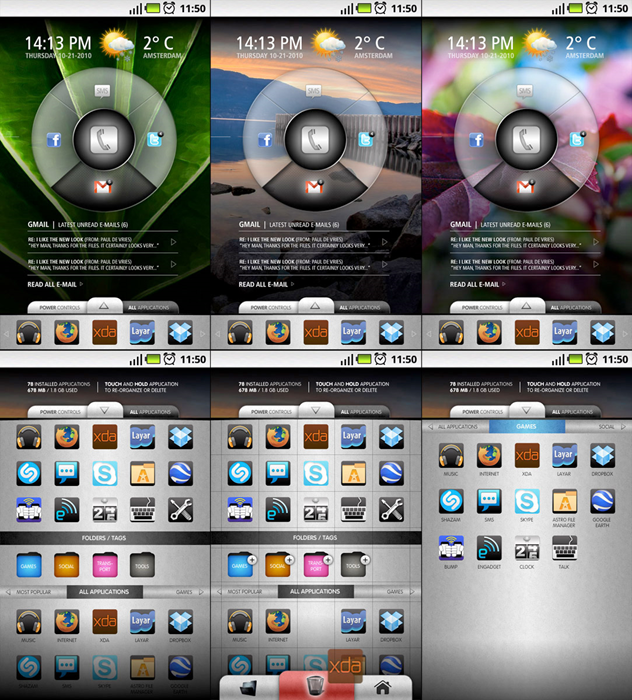