As if Samsung's Epic 4G and HTC's EVO 4G weren't enough to keep Sprint's customers happy, an anonymous tipster just let XDA-developers in on another device that might be headed to the nation's third-largest carrier: the HTC Knight. He didn't exactly provide a heap of information about it, but he did give XDA the following excerpt from an XML file, presumably part of an instruction manual:

3. Make sure to activate your device before you operate the handset by setting up the Google account on the device. 4. To view the contacts on the device, select “Contacts” and push “Menu” button, select “Display group > All contacts > OK”. 5. Do not slide screen in/out during the operation.

The tipster also provided this image: 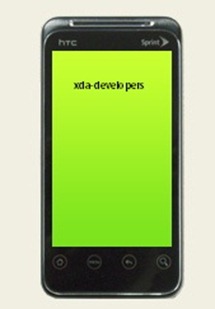 I'm not sure I'm digging that thick black bezel under the screen, but so long as it's a keyboard under that slider and not a speaker system, Sprint might have another bestseller on their hands... provided, of course, that the picture above isn't as fake as it looks.