Back in September, Samsung announced 4 new media players, one of which was of particular interest to us - the Galaxy Player 50. Out of the bunch, the Galaxy Player 50 was the only device running Android - it's what iPod Touch is to an iPhone, a Galaxy S phone without a chromosome phone.

What we have here today is Samsung's official video ad showcasing the player's capabilities, using a hilariously crooked finger, as Wired commenters pointed out. Seriously, once you see the finger, it's the only thing you can look at - I even had to rewind and re-watch to see the player itself:

The player sports the following specs, some of which, like the camera, are quite measly:

The Galaxy Player 50 is currently up for presale in France for €200 (8GB) and €250 (16GB). We're not sure exactly when it will be coming to the States, but Wired seems to think it's going to be as soon as this month.

Judging by the popularity of iPod Touches, I wouldn't dismiss this phoneless gadget just yet - it might hit the right cord with those of you not looking for an Android device with a monthly fee. Would you buy this for $200-250 or so? 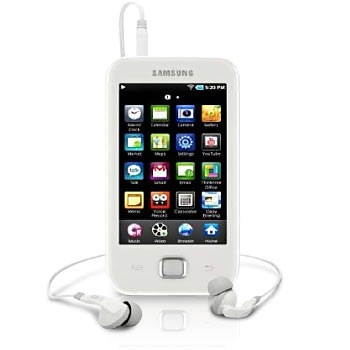 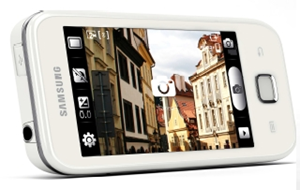