Given how popular live wallpaper (LWP) posts are, it's surprising that - with the exception of the Dancing Droid LWP - we haven't really had a big one since we found the R2-D2 set back in early September. Consider the dry spell over: meet the newest post-worthy LWP, 3D Active Blocks. The work of XDA-Devs member mmone3, the premise is simple: it takes pictures (either preset or pictures from your gallery) and breaks them into blocks; the blocks then break up, move, and transform (via various effects) into other pictures. 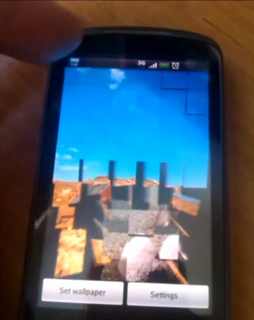 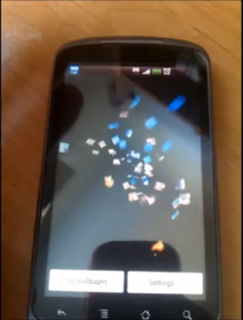 But the effect is cooler than that: the wallpaper is actually interactive, reacting to touch. Just check it out in mmone3's video below:

Thus far, it's only been tested on mmone3's Nexus One, but there's no reason it shouldn't work on most (if not all) other devices. No word yet on how much it zaps performance, but hell - this might be one of those times it's just worth it.

Sound like your cup'o tea? Be sure to hit up the download link here (XDA-Devs account required), or for more info, head on over to the source link below.

Bug In Angry Birds Lets You Unlock All Locked Worlds