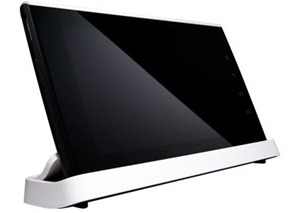 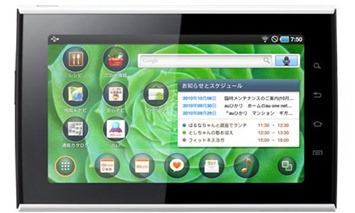 First and most obviously, it comes with a slightly redesigned appearance - white edges (bumpers?) along the top and bottom, capacitive buttons that are rotated for landscape use (versus the normal portrait orientation), and a custom dock. All in all, it's quite a sleek-looking package. Internally, there are two key differences: internal storage checks in at a semi-lame 4 GB, while the OS will have a custom UI (which should help slow updates down quite nicely). The model number will be SMT-i9100.

Next up is the astonishingly bland looking, but nicely equipped, Advent Vega. Let's start with a rundown on the specs: 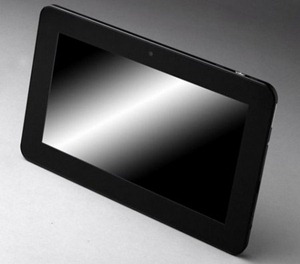 Better still? While it's not in America (yet), it's selling for about $400 overseas. The downside: yesterday, Advent revealed that it won't have Market support - yet. Product Manager Adam Lockyer said it would instead ship with support for Archos' AppLib store, but they're hoping to have Market support when they roll out the Gingerbread update (which also obviously means it will be getting a Gingerbread update). Another nugget: he indirectly says it should have said update by January. Hmmm.....