The moment we've all been waiting for is finally here. A few hours ago, the full version of the most anticipated Android game ever, Angry Birds, has hit the Android Mar... errrr... GetJar Market, exclusively. Instead of uploading to the official Market first, Rovio decided to go for an alternative market called GetJar, probably in a deal to promote it. The Market version is promised "soon," which would be good right about now, as GetJar apparently wasn't prepared for the influx of visitors and promptly crashed for a couple of hours. It seems to be back up now, but who knows what is going to happen to it when the West Coast wakes up.

Update: the birds have now reached the Android Market.

If you want to see what's new in the full version compared to the Lite one, hit up our hands-on right here and then hurry up and download below.

A note on pricing - the game is completely free due to advertising, with an option to disable it coming later. For now, however, you get to accidentally click on those mobile banners that show up in the bottom right corner and occasionally turn into full page video ads (yeah, it's really as annoying as it sounds). 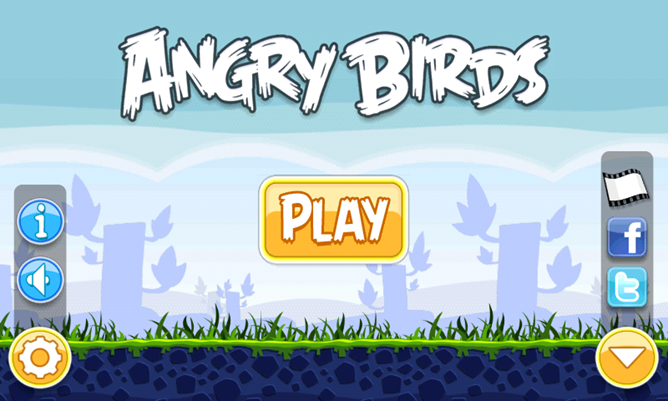 Update: the birds have now reached the Android Market.

Download Angry Birds below. If you want to see QR codes for each of these, just hover your mouse on the link you want for a few seconds and then scan it with Barcode Scanner. Note to AT&T users: in order to sideload apps from outside of the Android Market, you need this tool (no root required).

A Word From Rovio

IT’S HERE. AND IT’S FREE. After an extended period of beta testing, Rovio is proud to present Angry Birds for the Android platform. First of all, we’d like to thank you for your patience.

Why is Angry Birds free on Android? We want to make Angry Birds available for as many people as possible. Previously, many people were experiencing problems in finding Angry Birds on Android Market, but now everybody can download the game on their device.

Angry Birds will run on second generation Android devices and upwards, with Android platform 1.6 or later. Your device needs to support OpenGL ES 2.0. QVGA display resolution is not supported currently, but we will add support for QVGA devices soon.

Angry Birds Android features mobile advertising. A future update will include the option to purchase and opt out of advertisements.

To get the game now, you can download Angry Birds on your device for free exclusively from GetJar (http://www.getjar.com/angry-birds). It will soon be available on the Android Market and Motorola SHOP4APPS, free of charge as well.

We have worked long and hard to ensure that Angry Birds gives the best possible experience on Android, and we believe we have reached our goal. We welcome our fans to see for themselves and have fun playing Angry Birds!