For such a small carrier (the smallest out of the four US nationals), T-Mobile's got a pretty good selection of Android smartphones - the now infamous G2 from HTC, the Samsung Vibrant, and the Motorola Charm being just a few. Well, it looks like Huawei may be adding their own phone, the Comet (previously known as the Ideos), to that heap come November 3rd, along with a 3MP camera, GPS capabilities, and the Swype keyboard out of the box. Pricing hasn't been announced just yet, but judging by the features mentioned above (especially the 3MP camera, ugh) as well as the features seen in the screenshot below, it shouldn't be too expensive. Screenshot and video below. 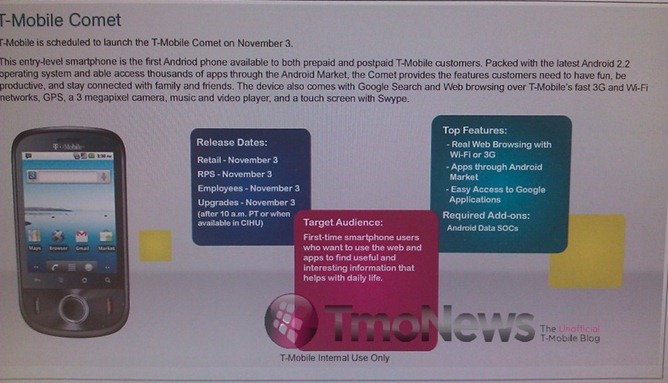