One lucky Dutch guy (xda member Clock1932) has swept aside any considerations of failed Google "Type Approval" testing and has gotten his paws on what many are calling "the EVO for Europe." Not so fast: while it may lack a kickstand, a 4G radio, and a front facing camera, its new Qualcomm Snapdragon QSD8255 CPU appears to be quite a step up when it comes to benchmarks. Preliminary tests show a result of  about 1900, compared to about 1200 on an EVO 4G running Froyo. 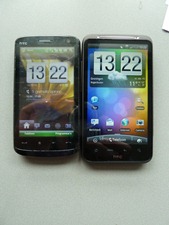 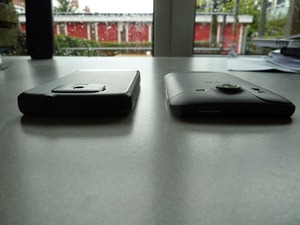 Speaking of snappiness, HTCSense.com is reportedly working nicely, with the "Call My Device" feature making the phone ring almost immediately. There is also mention of the new HTC Fast Boot technology, which is said to take around 1-1.5 seconds to boot from the hibernation mode, with a cold reboot taking roughly half a minute. 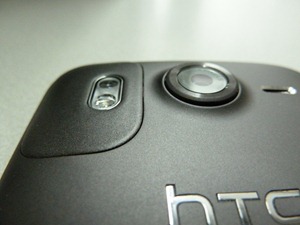 Followers of the developments have been commenting on the dubious camera bulge on the back of the Desire HD, with some expressing concerns over lens scratches and other possible damage. Thankfully, the lens is recessed and hopefully will not prove to be an issue.

Another xda poster, BartOtten, has compiled a post of the various details gleaned from Clock1932's time with the device, as well as some high-resolution photos of the sumptuous screen and photos and video clips from the camera. Check them out in the (19 page and growing) forum thread below.

Deal Alert: Existing T-Mobile Customers, Upgrade To The G2 For $99.99 At Costco