Last week, I had to deliver disappointing news about the full version of Angry Birds, the most addicting game on Android, getting delayed till this week, mostly due to proper multi-tasking support. Today, I'm glad to report that not only did Rovio commit to a Friday (tomorrow) release, as evident from the screenshot below, but also sent us a full version to play with. 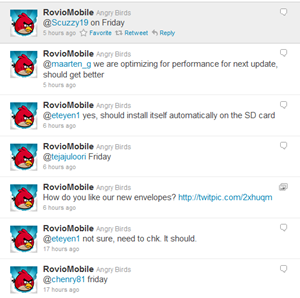 Unfortunately, I didn't have the time to shoot a video review, but I did, however, collect some interesting screenshots together with all the info you need to know, presented in my most favorite bullet point style:

Android Gets Flashed Over A Million Times, But Can Adobe Keep Us Excited?