Flash is the single most overhyped piece of software available for Android today, there's little in the way of getting around that statement. What has led me to such a conclusion? If the website of a restaurant I'm looking at on Yelp (an awesome piece of Android software) runs on a Flash interface, I just close the window. I have a Nexus One, it has Flash, and it runs CyanogenMod 6. There aren't many phones better tailored to run Flash than the N1 (which was presumably the hardware platform Adobe used in developing Flash for Android), but I rarely ever find myself actually happy that Flash is available to me.

There are notable exceptions: YouTube videos that have not yet been converted for mobile (non-Flash) playback, and... Wait, that's actually the only exception. I am never happy to see a Flash-based advertisement appear on a web page, so I've turn my Plug-In options to "On Demand" in the browser. Half of the Flash content I try to load ends up causing so much CPU load that (if it's a video) it skips along at 2-3 frames a second, or (if it's interactive) takes twenty furious finger stabs to acknowledge an action. 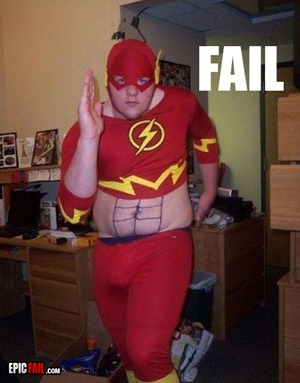 Flash For Android: Not As Advertised

This causes me frustration. Was Steve Jobs right about Flash? No, I didn't think he was, and I still don't. Flash is not an obsolete platform, and it's not going to be made useless by HTML5 or h.264 video. Flash is such a ubiquitous part of the web today that Adobe will put all the financial might it can behind ensuring it remains relevant. Flash is not, however, so omnipresent  in the world of the mobile web. Mobile-optimized Flash content is almost non-existent. Flash content developed specifically for mobile devices actually is non-existent. This is a problem.

Adobe has pushed the interoperability of Flash on both PC and Android as yet another reason Flash is just so awesome. I buy into this, but from a very, very narrow perspective. I don't want the PC web on my phone. My PC has a 21-inch widescreen monitor that sits one foot from my face. My PC is powered by a quad-core processor, 8GB of RAM, and a video card with 1GB of GDDR5 memory. Flash content can still take several seconds to load - and isn't always as responsive as would be ideal.

I do not want, or expect, Flash content designed for a PC to work on my phone. It has a tiny 3.7" screen, no mouse cursor, and a system-on-a-chip processor clocked at 1GHz. I want Flash to do one thing on my phone: automatically reformat PC-style Flash content into a usable mobile format.

Flash for Android doesn't do this (it does the latter, I know). Why not? Because it's a huge endeavor; how do you make something so specifically designed to appear in a certain way on a PC browser automatically transform into a mobile version? You make a tool for developers that makes it easy - incorporate it with Flash Professional as a free add-on, and make the tool smart enough that it creates a basic mobile optimized "template" that at least allows mobile viewers to interact with your content (perhaps a standardized Flash for Android video player?!).

I'm not a programmer, I don't know how to get there - and I imagine what I'm asking is hugely difficult. But it's about the only way I ever see Flash being remotely useful on a phone. A tablet, on the other hand, may be where Adobe's brainchild has a chance to shine - if it doesn't run at the speeds I'm getting on my Nexus One.

Questions? Comments? Think I'm a total jerk for hating on Flash? Comment below, I'm always glad to stir up a debate.