As you may be aware, Dell Streak owners have not exactly been sitting on the cutting edge of Android (the device runs 1.6 Donut) since the phone was released stateside. While a leaked and tweaked build of the UK version's 2.1 update has been floating around for a while now, the average user doesn't want to take the time or risk in using an unsupported software build.

But hear ye, hear ye - hope does yet live. Dell previously announced that the Streak would be going straight to Froyo in the US, rather than making the incremental jump to Éclair. Dell's making good on this promise, and has also informed Streakers that they (and their phones) will be frolicking on Froyo "much sooner" than the previously anticipated December 31st deadline. Read below:

Due to resources and commitments to get our global customers the 2.2/Froyo update by the end of the year, we will not be publishing another version of 2.1 nor will we be pushing out 2.1 to additional customers.

I know many of you have requested that we publish specific dates for Android OS updates; however, because there are so many variables (some outside of our control), we cannot make a specific commitment other than we will be publishing 2.2 by the end of this year to all of our Dell Streak customers. I can tell you that our target date is NOT December 31st. In fact, the over-the-air update to 2.2 is target date is much sooner than that.

Please stay tuned here to the Mobile Devices Forum board announcements or follow @DellCares on Twitter for more information.

Thanks again for your feedback, 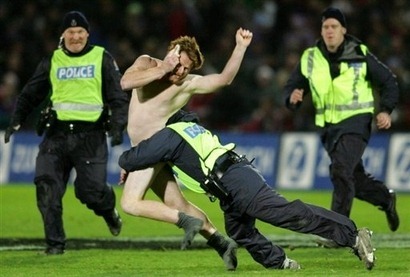 The news has apparently spread quickly among Streakers

The fact that 2.1 will no longer be pushed to any more Streaks seems a very minor setback to be followed by a much greater leap forward. It will also be interesting to see how much of its ridiculously-customized UI Dell retains (or completely changes) in the update, or if it will opt for a less flashy vanilla Android build.

Source: Dell via StreakSmart via AndroidCentral

TweetDeck Goes Official: Get It On The Market Now