Android smartphones you can buy for as little as a penny on a new two-year contract tend to be few and far in between, but it looks like Amazon's looking to change that. The movement started with them selling all US versions of Samsung's Galaxy S phones (save for Sprint's Epic 4G) for $0.01 on contract a few weeks back, and now they're taking the same approach with the Motorola Droid 2. Not a bad deal at all, especially now that the device has seen its first AOSP ROM. Hit up the source link to grab one of these beasties for yourself. 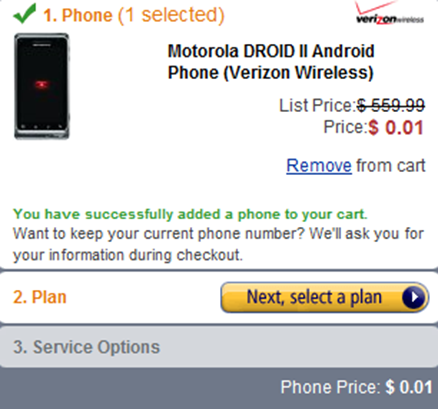