Well, this is interesting: TmoNews is claiming that the myTouch 3G will receive an update to Android 2.2 (Froyo) starting tomorrow. If true, the rollout will be staggered - beginning tomorrow and running until October 25. An important note, though: they provide absolutely no details on how they found this out, and the only image they use dates back to June when we heard the same damn thing. 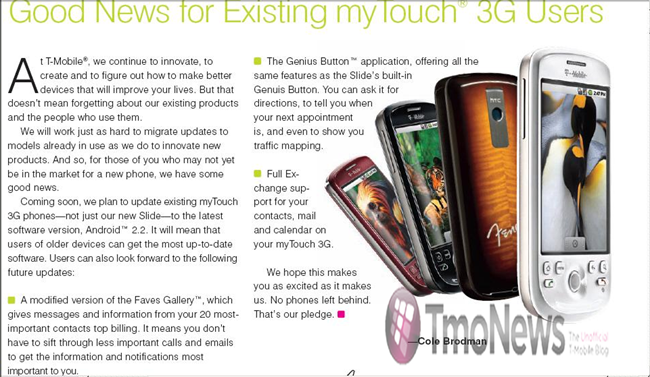 TmoNews has a pretty decent record as update leaks go, but without any details, it's hard to know whether or not this is one to back.  Still, let's hope it's true - but take it with a grain of salt. We've pinged them for clarification, but they wouldn't disclose their sources.